India got an independence in 1947 and since than the Country has made success in many fields but the senior citizen are feeling insecure and are facing many problems.Many elderly people are not adjusting with their children due to age gap and changing scenario of modern world and on the other hand new generation is not accepting old traditions and as such ego problem is a major cause of conflicts between the two generations. It can only be solved by mutual understanding and  avoiding unnecessary expectations.
Before independence, the life style of the people  was  very simple, having less demands, living in joint families and were not aware of the drawbacks of over population and value of education in one’s life but after independence, the scenario has totally been changed.The Country is now in the race of developing Countries and achieved success in agriculture, education, health, science and technology, cultures and sports etc. India is now a big Democratic Country in the world having it’s own written Constitution. People who were living in villages have been /are being shifted to cities. Due to increase in education the people have become aware of the importance of an education  in their lives, small family is better than many children and the value of self respect.
With the change in lifestyle, the system of joint family has adversely been effected and people now preferred  single family system e.g. four brothers living  together previously are now living separately each with their own family.  Another factor which is also responsible for the poor condition of many senior citizens in the Country I.e. mad race of progressing, living luxurious life, to give better education to their children and to make them self sufficient. The middle class is well aware about the children’s career and this class is having big expectations from their children . Parents wants that their children may choose to become doctor, engineer, c.a. or IAS officer and in order to fulfil their desire, they worked hard day night so that no hurdle may come in the way of their children to achieve their goals. After completion of their education, children wants that they should get good jobs but they get jobs not in their own cities but out stations and far away from their parental houses. Sometime good jobs are available out of the Country and the parents, in order to set their children send them to foreign Countries for higher education and getting better jobs.What left with parents now i.e. loneliness and they themselves are responsible for  all this.
It is an open secret that every individual has to complete the journey of life in different situations and an old age is a Golden period of his life compiled with wast experience of agony and accetacy which helps him/her to lead better life.No doubt the elderly people around 65 and above are facing the common health problems of eye disease, heart problem, sugar, high blood pressure, cancer, urinary, gastric and arthritis etc.etc. which needs health care. In this situation senior citizens required support from his family but no children is available who can render support to his/her old age parents as they are working and living separately in other cities/Country with their own families. When the children are living separately, workings in multinational companies/institutions,It becomes difficult for them to spare much time for their parents. Frequent leaves to attend to their parents can not be taken by the children from the companies and their parents reluctant to live with their children where they are employed. In that very eventuality
parents feel better to live alone.
The loneliness is a major problem for the old aged people but the diminishing factor of joint family has caused a great set back to the society. The man is a social animal and as such he feels in secure if no body is available with whom he can share his feelings.To avoid loneliness, many elderly people shifted to old aged home’s so that they can talk to someone there.
It is pointed out that many senior citizens are having the problem of economic security and they are unable to sustain themselves financially. In this situation the older people have to depend on others but they have been/are being  ill treated and Even thrown out from their houses despite of the fact that the Law is in favour of old aged parents.
We can not deny truth and we must accept reality that we, Senior citizens ourselves are responsible for living a loneliness life and we should face it with courage. In order to fulfill our desires we have sent our children to other cities/Country  for handsome earnings and we should feel proud that our children are having their own identity in the society.
It is a law of nature that if we cut trees we should not cry for shelters.Don’t shed tears, be bold and face every situation with smile.There are many people in the society with whom you can make contacts, join some social welfare society, teach poor children, do meditation and instead of considering an old age as a curse treat it as a Golden period of life and help others by sharing your experiences with them.You should remain in touch with your children on Phone and ask your children to contact you on phone/mobile daily. Live life whole heartedly and don’t die before death.
Be positive, extend your support to your children or needy, if you can but don’t expect help from any one. 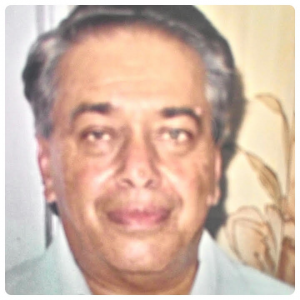