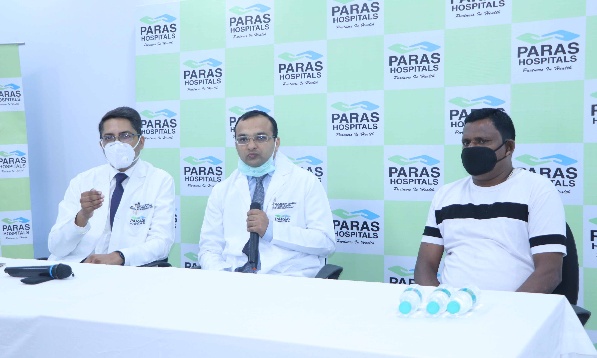 Addressing the media person Dr Vivek Gupta said “Hemorrhagic Stroke and Aneurysms are emerging as a major problem  in India with 1.5 to 2.0 lac cases of Aneurysms reported across the country every year most of them are life threatening.  The actual numbers are bound to be higher as many of these patients never reach health care facilities.The advance treatment of these aneurysms is possible by neurointerventional techniques using Coils and Flow Diverters. Very few centers are offering this form of treatment in the country. There are fewer than 50 centers in the country offering this and Paras Hospitals Panchkula is one of them to start this in Panchkula Region. This form of treatment does not involve a big scar or operation and can be done through a small hole in the groin.

On this occasion Dr Vivek Gupta said, a patient by name of Ram Kumar 41 yr old male was brought to the hospital in unconscious state from Kurukshetra ,with paralysis and chance of full recovery were very less. On advanced investigations it was found that a critical artery in the brain had an Blister aneurysm that had burst causing lot of bleeding inside the brain. Our team of doctors treated this patient with advanced neurointervention technique called ‘FLOW DIVERSION’ which was first time done in any hospital in Panchkula region. Patient was treated very aggressively for around 8days in the hospital but finally he was able to walk out from the hospital without any paralysis or other problems. Very few patients with such a type of  bleeding in the brain survive, he added.

The Neuro-interventional surgery is a very advanced and relatively new field and there are less than 100 specialists in this country. Paras Hospitals Panchkula is the only hospital in this region having this super-specialty with one of the most experienced team of doctors in Neuro Sciences.

Speaking on this occasion Dr Anil Dhingra said that “Hemorrhagic stroke is a condition where in bleeding can occur either due to increased blood pressure or due to a condition known as cerebral aneurysm, where a brain artery becomes week, bulges like a balloon and ultimately bursts. One third of these patients die before reaching the hospital, half of those who reach in time are left with serious disabilities.

For years the only treatment for the aneurysms stroke was open brain surgery. But now with the advent of technology we also have a minimally invasive way of treating aneurysms without opening the brain. The entire treatment is done through a small 3mm hole in the leg with no or very minimal blood loss. This method in common terms is known as “Coiling” of the aneurysm or arm because platinum coils/Stents are used to treat the aneurysms.

Dr Vivek Gupta also shared that “The important thing about Hemorrhagic stroke is that time is of essence. If these Aneurysms are not treated in time, they can burst again and can cause death of the patient.So, patients should be rushed at the earliest to the nearest Neuro Sciences center having both Surgical and Neuro Interventional back to treat this kind of emergency.For treating such Medical emergencies, a multidisciplinary team comprising of emergency physicians, neurologists, interventional neuro-radiologists, neurosurgeons, anesthetists and critical care physicians is must. In addition to this dedicated and trained nursing care and physiotherapy is important. Also, the hospital needs to have inhouse CT/MRI machines of good quality to diagnose the cause of stroke and to take treatment decisions at the earliest.In Indian cities including Metro cities, not more than 50 Hospitals throughout India are offering treatment of Hemorrhagic stroke by Neuro Interventions.

Important things to Know about Hemorrhagic Stroke/ Bleeding in Brain

2. Frequent Headache associated with double vision, numbness of face and pain behind Eyes.

3. Don’t give Aspirin or any other Blood thinner, without getting an urgent CT scan.

4. Keep a close watch on Blood pressure levels of patient while shifting to Tertiary Hospital. 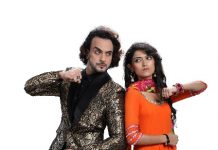 Tera Rang Chadeya: Will JD succeed in his wicked plan to... 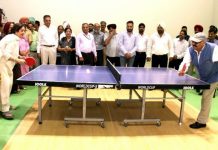 Inauguration of Sports Complex by Governor of Punjab and Administrator Chandigarh V.P... 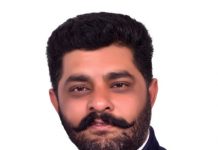 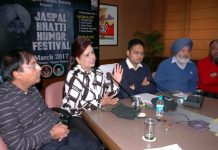