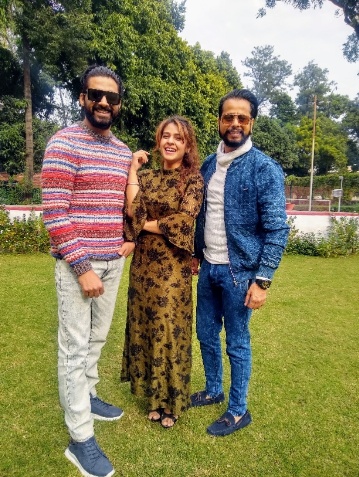 Punjabi film industry has surprised the audience by introducing uncommon and new subjects through films this year. The year is about to end but the industry has its pocket full to entertain the audience in the last month too. NK Cine productions has officially announced the release date of their upcoming film “AMAANAT” which is releasing on 13th December 2019.

The film is based on a romantic genre which reveals the love story of a couple who has to deal with the circumstances created by life for them. The film will be leaded by Punjabi actor Dheeraj Kumar and Neha Pawar opposite to him. Also, Rahul Jungral, Rupinder Rupi, Mahabir Bhullar, Sanjeev Attri, Honey Mattu and Dilawar Sidhu will be seen playing the significant roles in the film.

The above characters had worked under the direction of Royal Singh as he has made his direction debut through this film only. The film has been penned down by Pawan Singh and Ravinder Birla. The film is produced by Dharmbir Gurjar and Kiran Yadav.

The film is having several melodious tracks sung by renown singers like Ninja, Kamal Khan, Gurlez Akhtar, Nachhatar Gill and Bollywood singer Krishna Beuraa. Two songs from the film has been released which has been appreciated a lot by the audience. The trailer and the songs are available on the official You-Tube channel of Yellow Music. The film is releasing on 13th December 2019 and will be distributed by PTC Motion Pictures and Globe Moviez.