A contingent of members of ‘Nishkaam Sewa Dal’ were set off to get back ‘Kawad’ from Rishikesh and Haridwar on motorcycles. The group was flagged off by BJP District president and Councillor Ravi Kant Sharma from Krishna Market, sector 41. BJP Media in-charge Ravinder Pathania is leading this group in their journey to Haridwar and back.

Giving more information about the event, Ravinder Pathania said, the journey is to get back Kawad from the Haridwar, which is an auspicious religious practice in the month of ‘Sawan’ as per Hindu calendar. He said, the group will reach Rishikesh first and then collect holy water from Ganga at Haridwar which will be brought to Chandigarh and offered to the ‘Shiv-Ling’ at Maa Durga Temple in sector 56. He said, in the previous year only 10 people did this journey but this year the number of people going has increased by three times. With blessings of ‘Bholenath’ he hopes it will keep increasing with every coming year.
On the occasion, Ravi Kant gave his best wishes for a safe and successful journey to all the members of group. He said, it is our fortune that young people are committed to follow the religious practices of the sanatan dharam. He congratulated all the members and organizers of the journey. 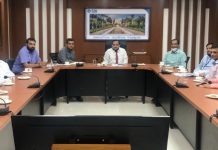 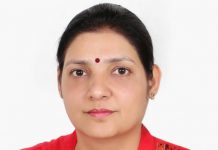 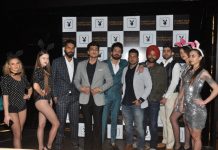 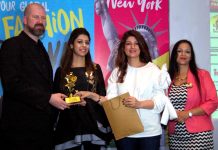