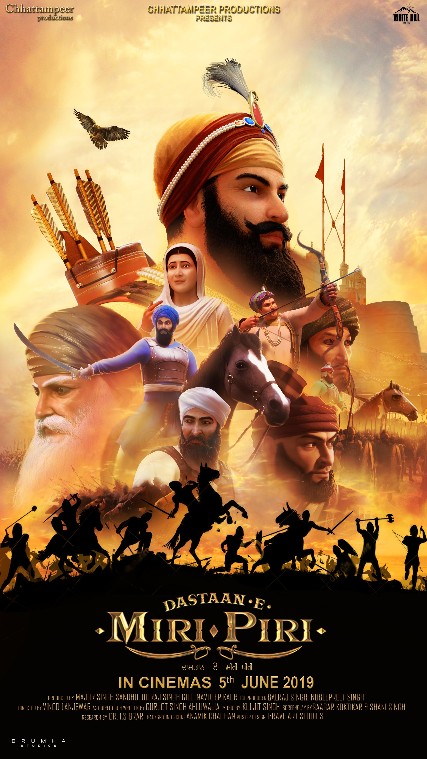 ‘Dastaan E Miri Piri’ has always been into headlines since its announcement. Due to its concept, as the name suggests Punjabi Film ‘Dastaan-E-Miri Piri’ will showcase the history of Miri Piri. Based on 1604, this film is dedicated to the martyrdom of fifth Sikh Guru Arjun Dev Ji and how Sixth Guru Hargobind Sahib Ji wore two swords of Miri and Piri symbolizing both worldly (political) and spiritual authority to fight against the torments of the Mugal Empire.
On the occasion of the Saheedi Diwas of the fifth guru of Sikh religion Shri Guru Arjun Dev Ji, Chharampeer productions and White Hill Studios are set to release their animated film to dedicate to the martyrdom of Guru Arjun Dev Ji. Recently, the makers of the film released its second track titled as ‘Do Talwaran’.

Mohd. Irhad has given his voice to the track. Kuljit Singh gave music of the song. Sarangi is played by Harvinder Singh. This animated film is directed by Vinod Lanjewar. The story is written by Gurjot Singh Ahluwalia who has also assisted the director. Research is handled by Dr. I.S. Guguani. The screenplay is written by Sagar Kotikar and Sahni Singh. Music of the film is given by Kuljit Singh.

The background score is given by Anamik Chauhan. The animation is done at Brumha Studios. The whole project is produced by Major Singh Sandhu, Dilraj Singh Gill, Navdeep Kaur Gill. Noblepreet Singh, Balraj Singh, and Gurdial Singh co-produced the film. Bollywood actor Raza Murad has landed his background voice. Famous Bollywood singer Kailash Kher has given voice to the title track of the movie. Two more singers, Ustad Rashid Khan and Shafqat Amanat Ali has also given their voice to other songs of the film.

The worldwide distribution of the film is done by White Hill Studios. And ‘Dastaan-E-Miri Piri’ will release on 5th of June 2019.