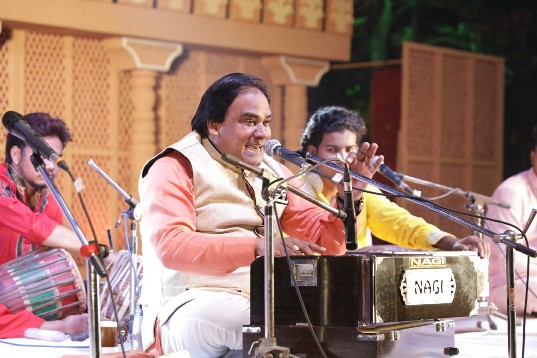 The ongoing Chandigarh National Crafts Mela at Kalagram (Chandigarh) here has been emerging as the Mecca for music lovers from various parts of the country, who  throng to be a part of the evening segment  and relish the typical folk musical flavor of Punjab, Haryana, Himachal Pradesh, Dadra and Nagar Haveli, Gujarat, Karnataka, West Bengal and others.

The star performer of the evening today was Neelay Khan, a renowned Sufi singer of Punjab. He rendered Sufi ‘kalaam’ of Amir Khusrau and the poetic composition of Shiv Batalvi in his inimical style, including ‘Chhap tilak sabh chheeni mose naina milayike…’, ‘Tere piyrar which yara saanu nachna piya…’ ‘Mere rashke kamar toone pehli nazar…’ and many more, which were highly applauded by the audience.