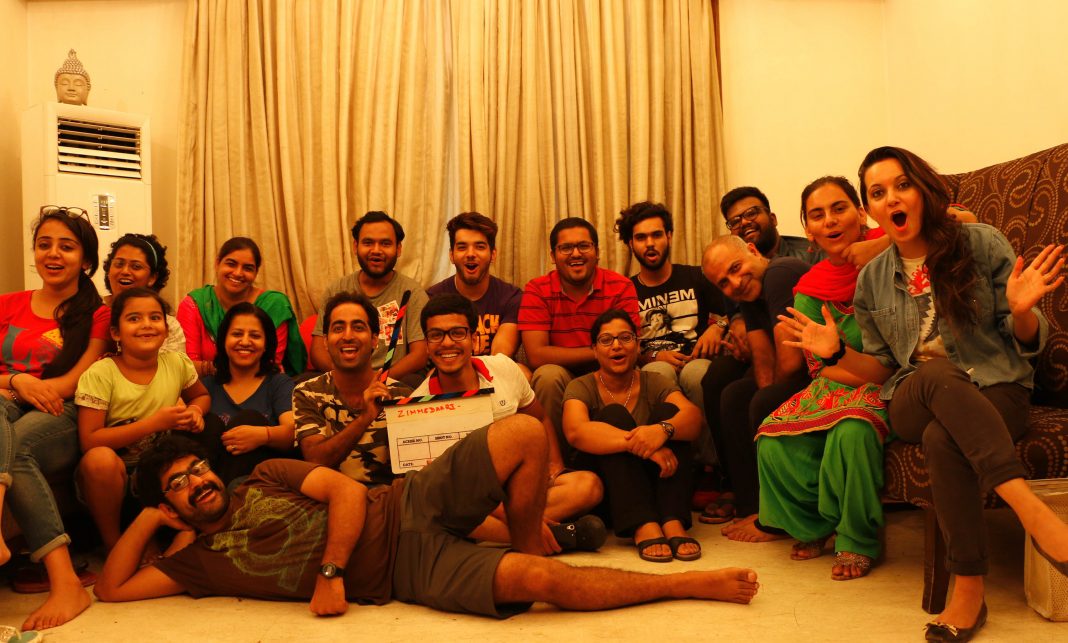 Our society brings together two families through the bond of marriage. On one hand, where a new bride joins a new family with new hopes, new dreams and new expectations, the coveted mother of that house welcomes her to the abode that has been built by her piece by piece. Often our focus remains on the new bride and making her feel comfortable and in the celebrations and limelight we forget the emotions that a mother in law is dealing with.

In ‘Zimmevari’ the city youngsters have tried to put those emotions and inhibitions of the mother in law who is welcoming the new bride. While performing the rituals, she recollects her own thought process as a bride which takes her to a state of dubiousness.

The engaging script has been written by 24 year old Gurleen Kaur Dhillon who was inspired to write on the perspective of the other side while attending the weddings of her friends. ‘I was wondering that are we as a society concerned for understanding the change that a mother–in-law will also go through? Are we sensitive enough or open enough to understand her turmoil?’

Directed by Abhishek Garg who has been an integral part of the internationally acclaimed short film ‘Asmad’ that marked its presence at Cannes, New York, Sydney and various other international festivals, the movie evokes strong emotions.

The appealing subject of ‘ Zimmevari’ would not have seen the light of the day in absence of funds had it not got support from renowned artists and media personalities. India’s favourite storyteller Neelesh Misra lends his voice in the short film that gives away a strong message. Neelesh Misra feels that such stories need to reach the masses and young talents who initiate such projects need to be encouraged.

The central character of Gayatri has been performed by Sulakshna Bramta, who is herself a media professional. Interestingly, she was chosen after her picture was seen on facebook by Gurleen. ‘ I always thought that it only happens in movies that someone sees your pics and finalises you for a role. I had no intent to come in this line as an actor but it was the script that forced me for a yes. Also, character of Gayatri exists in each household but is often misunderstood so the assistant director Nandini Hirrianiah and I had to really work hard to get those emotions and body language right since I had to play a 23 year old and a 50 year old simultaneously.

The cast and crew of ‘Zimmevari’ are dedicating this movie to all the mothers and mother like figures on this Mother’s Day. This 6 minutes short film will be available on digital platforms including You tube and official facebook account of Zimmevari– Short Film from today i.e. 14th May. The team is hopeful that a sincere effort of the artists will be appreciated and they will be able to bring that change in the mindset towards mother – in – law’s which is widespread in the society.