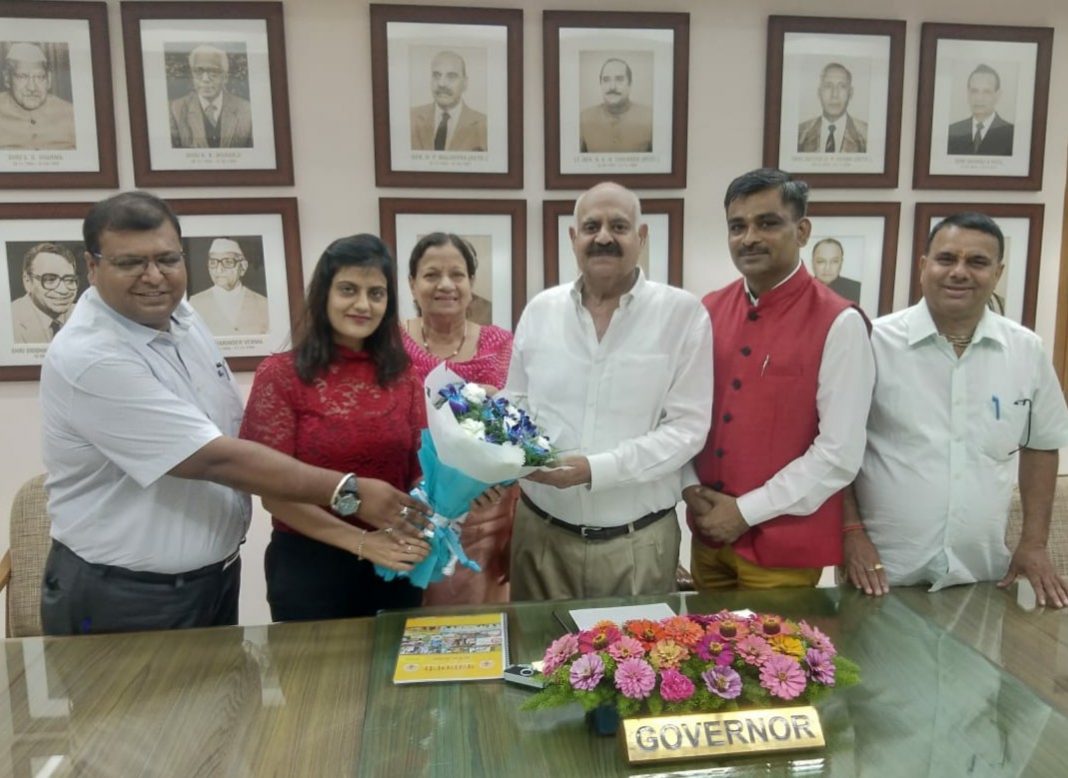 Chandigarh
6 August 2019
DIVYA AZAD
“Villages are those areas where the people are not yet aware of Prime Minister’s public welfare schemes. If awareness of these schemes will be done there, more people will get benefited”, this advice was given by Governor VP Singh Badnore when Pradhanmantri Jankalyankari Yojana Prachar Prasar Chandigarh Team went to meet the Governor on Tuesday at Raj Bhawan.
A delegation from Prachar Prasar Chandigarh team went to meet the Governor which included Chandigarh President Ritesh Maheshwari, Chandigarh Women President Prabha Sharda, General Secretary Prashant Deewan, Secretary Damandeep Kaur and Media In-charge Dhirendra Pratap Dubey. Governor has assured the team that he will extend all possible help in making this campaign a success and also praised the work of Chandigarh Team for this campaign. It is noteworthy that the team has organized 2 awareness camps so far in the city, which has benefited more than 500 people.