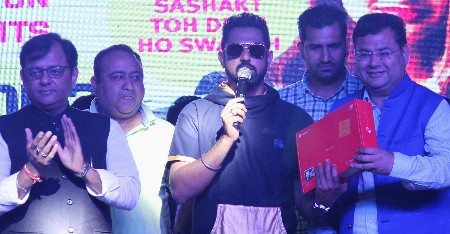 Miss Pooja & Gippy Grewal announced the names of the lucky winners of Aryans Free Tab and Laptop in the 2 days musical show organized by Chandigarh Tourism on the occasion of International Women’s Day at Sector-17, Chandigarh.

A National Seminar on Eco Sensitive Development in Science and Technology held...

NCC Cadets motivated to have patriotism and skills to handle weapons...