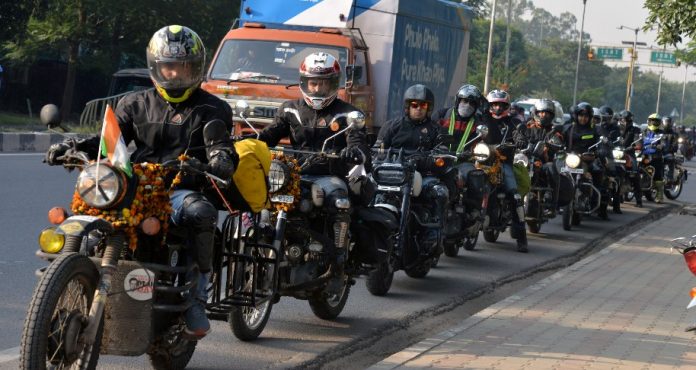 The group of sixteen bikers started early in the morning to be welcomed by the traditional Bhangra troupe at Mohali Dairy of Punjab State Cooperative Milk Producers’ Federation Limited. Shri Udham Singh (General Manager, Verka Plant) went on to describe the origin of Punjab Milk Producers’ Cooperative, and how roots of cooperative strength were nurtured by Dr Verghese Kurien. Shri J K Gupta (General Manager, PSCMPL) eulogized Dr Verghese Kurien whose contribution led to the rise of brands like Verka and Amul. Dignitaries of Verka proudly flagged off the rally which then moved towards visited the iconic Rock Garden of Chandigarh. National Milk Day rally then received a red-carpet welcome at Ambala Dairy of Haryana Dairy Development Cooperative Federation Limited. Amidst the sounds of dholak, abundant garlanding, and sips of hot milk, the efforts of young bikers were much appreciated by Shri Ashutosh Ranjan (Chief Administrative Officer, HDDCF Ltd.). He conveyed his heartfelt gratitude to Dr Verghese Kurien whose untiring efforts united the farmers and thereby empowered them. All the nine Board of Directors of Ambala District Cooperative Milk Union and Vita Plant In-charge were also present on this occasion, who then together flagged off the rally.

This 10-day motorbike rally spanning over 3000 km invites participants to join any of the 2 routes it would traverse. The first route would be from J&K to Anand, Gujarat, and the second would be in the heartland of Gujarat from Kutch to Anand. Throughout their journey, the bikers will meet people and visit institutions created and inspired by Dr Verghese Kurien. In a style that would attract the Indian youth, ‘#CelebratingDrKurien’ will explore the life and work of the man who turned India from a milk deficient nation to one of the largest producers of milk in the world.

This interesting expedition titled ‘#CelebratingDrKurien’ aims to keep afresh the value of Dr. Kurien’s contributions in the minds of all, especially the youth. The idea is to cherish the legend by hearing his story directly from the people who he touched. Visits to the institutions that were inspired by him are to bring about a sense of deeper appreciation for the spirit of cooperation and the daily availability of milk that we take for granted.

A team of 50 bikers who started their ride from the paradisiacal Jammu & Kashmir passed through Amrisar and Ludhiana and Punjab to reach Chandigarh yesterday morning. Today, from Karnal, they will move towards the Capital of India – New Delhi and then go westwards through the royal state of Rajasthan, to culminate in a grand finale at Anand (Gujarat), the ‘milk city’ where Dr. Kurien spent a major portion of his life. Another team of bikers will navigate the heart of Gujarat as they traverse through Kutch – Rajkot – Porbandar – Junagadh – Amreli – Bhavnagar – Surendranagar – Godhra – Ahmedabad – Anand.

On 26th November, 2018, Dr. Kurien rally will culminate in his karmabhoomiAnand; Dr. Kurien’s messengers will be welcomed in all splendour fitting to his contribution towards mankind.

50 Million Cricket Fans Log on to UC Browser for IPL... 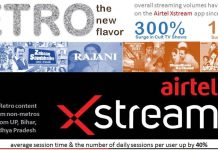 RETRO is the new flavor as Airtel Xstream users go back... 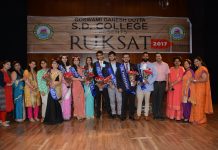 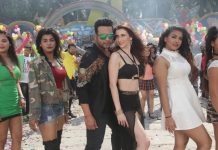 Krushna Abhishek and Claudia to shake a leg on Confused Lover