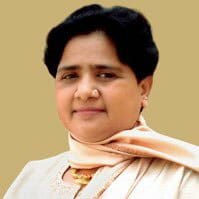 BSP Punjab President Jasveer Garhi on Friday said that the Shiromani Akali Dal (SAD) -BSP alliance will form the next government in Punjab with a clear majority.

Reiterating his party’s alliance with the SAD, he said Behen Mayawati would start the campaign from February 8 with a massive rally in Nawanshar.
“The Congress will be surely wiped out in the state. The BSP-SAD alliance would free Punjab from the misrule of the Congress party with a victory in the 2022 assembly elections,” said Garhi.

He said that Punjab has a special place in the heart of BSP supremo Behen Mayawati and late Kanshi Ram, the founder of BSP also belonged to Punjab.

“The Congress is in a state of worry over the decision of BSP to field candidates for 20 assembly seats,” stated Garhi said in a press statement on Friday. ” Every effort should be made for the victory of the SAD alliance. We have to ensure that BSP-SAD forms a popular government in Punjab which works for the welfare and development of the people.”

He said that in panic, Congress is adopting all kinds of tactics. In the past, they had raised their dummy supporters to protest against giving 20 seats to BSP, on the other hand BJP has 23 seats but their vote percentage is only 19 percent. Whereas BSP has 17% vote percentage from only 20 seats.

He said that Congress’s Dalit CM Charanjit Singh Channi is repeatedly visiting Doaba, he is asking for votes by calling his government in favour of Dalits, it is a sign of his nervousness.

CAPT AMARINDER MET JAITLEY, GOT ASSURED OF ALL ARRANGEMENT FOR WHEAT...