Punjabi music talents are not restricted to one job; they are experts in all the facets of producing fine musical experience. One such talented artist is Maninder Kailey, who is not only magical with his pen but has a voice that can melt your hearts. He has written some of the most loved songs of Pollywood, including Nimrat Khaira’s ‘Brober Boli’, Jassie Gill’s ‘Nakhre’ and the dreamy Prabh Gill number ‘Tareyan De Des’. He has an equally mesmerising voice when given a mic.
Starting his singing journey from the soulful track ‘Emotions’, Kailey has proved his crooning talent with Ishq Mera, Pehli Vari, and other love numbers. And now he is back with another superhit number ‘Ghar Bar’. The up-beat track is written by Kailey himself and the music is composed by Desi Routz. It is a Mohit Middha presentation that released under White Hill Music Label. The video film of the song is directed by Frame Singh.
Maninder Kailey shared his happiness on the release of the song and said, “I am blessed to have been born with the ability to put emotions into words as well as sing my heart out for the world. Ghar Bar is a foot tapping number and you cannot resist but leave your chairs. We had an absolute blast making it and the response it is receiving, is overwhelming.”
Director of the video, Frame Singh, told, “Ghar Bar is a track we loved filming. The shoot time on sets was a total celebration. And all our happiness and excitement has paid off when people have shown their love. Just put on those dancing shoes and celebrate the life with Ghar Bar.”
Gunbir Singh Sidhu and Manmord Singh Sidhu, the head-honchos at White Hill Music, said, “We’ve decided that this year, we will focus on producing quality music. It is an absolute privilege for the label to support talented artists like Maninder Kailey. This track has garnered a tremendous response and we, at White Hill Music are thrilled.”
Maninder Kailey’s Ghar Bar released on the White Hill Music’s official YouTube page on 21st February.

ASSOCHAM has mooted a proposal for small medium enterprise

By getting regular medical care and remaining positive you can overcome any illness:... 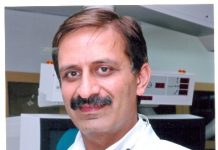 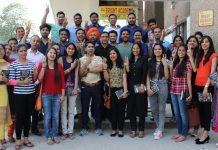 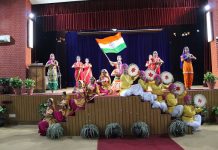 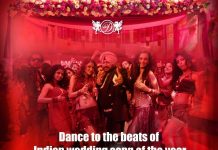 ‘PIND’ SONG FROM SARDAR MOHAMMAD WILL TAKE YOU BACK TO VILLAGE...