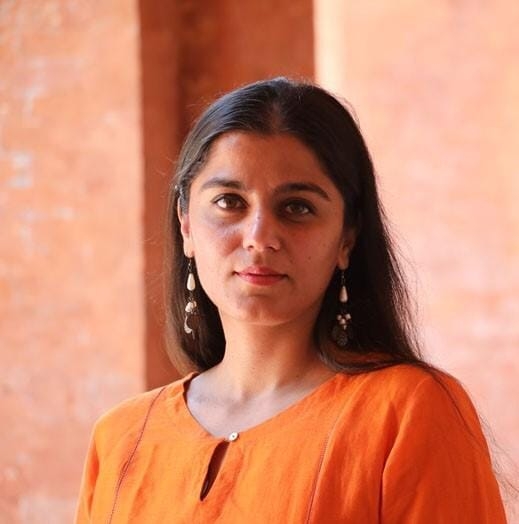 Once in 30 Days, a forum of like-minded people, hosted a talk on “Remembering the Partition” by Mallika Ahluwalia, the CEO, Curator, and co-founder of the world’s first Partition Museum, at The Village here today. The Partition Museum  was opened at Town Hall, Amritsar, in August 2017.

Mallika talked about the process of setting up of the world’s first people’s museum. While collecting and curating the material for the museum, she came across hundreds of heart-breaking tales of resilience and hope, against the mayhem of the partition of 1947. She felt the need to document these stories – the inspirational tales of 21 individuals – who achieved meteoric heights in their respective fields and contributed immensely to the nation building.

Narrating a few tales from “Divided by Partition, United by Resilience: 21 Inspirational Stories from 1947,” published by Roopa, she took the audience back to the times of catastrophic loss, people borne with dignity and hope. Despite devastating living conditions, people found the strength to look towards the future and focused on rebuilding their lives and the country they had migrated to.

She narrated first-hand accounts of a few.

At the time of Partition,  Dr Manmohan Singh was merely 14 and had just taken his matriculation exam, hoping that somehow results would be released in the middle of all the din. But Partition came in the way and Punjab University itself was divided into two parts. He left his ancestral home in Gah and came to settle in Amritsar. Even though he made several trips to Pakistan, he skipped Gah because of “the memory of his grandfather and others who were killed for no reason”.

Similarly, now 95-year old Dharampal Gulati, one of the highest paid CEOs in India, was born in Sialkot, where each night, they “heard the shouts of Allah hu Akbar, Har har Mahadev”. Gulati had no idea that one day he would leave home and his father’s kirana store, and would live as a refugee in a camp under abysmal conditions. But hard work, resilience and perseverance turned his fortunes. Gulati today helms the Rs 1000-crore MDH masala empire.

Each of the stories she narrated is inspirational in a timeless way for they capture triumph of the human spirit against all odds.

This was the second event  organised by Once in 30 Days. The first speaker invited by the group last month, film maker Vivek Agnihotri, had debated in favour of the need for right to know the truth.

Goa Institute of Management (GIM) to host His Holiness the Fourteenth Dalai...