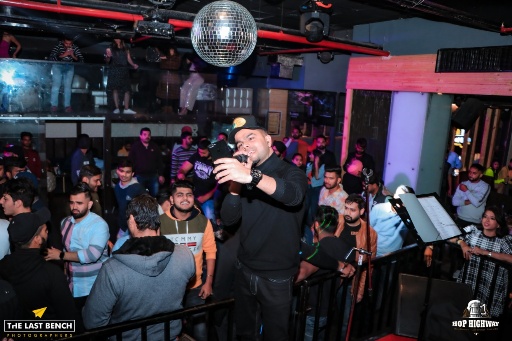 A live concert of actor, singer and song writer, ‘Luka Chuppi’ fame Akhil Pasreja was held here on Saturday night under the aegis of Hop Highway Club, located at the Global Business Park, Zirakpur. He performed along with artist Tamanna Sodhi, who is a Punjabi actress and model.

Mr Amit Aggarwal, Director, Hop Highway Club, Zirakpur, said, “We want to create the Chandigarh like atmosphere at our club. A lot of things have been planned for the new year and Christmas festivities. The offerings will include live concerts and other few things. The Christmas highlight will be DJ Serena, while actress-model Tamanna Sodhi will perform at the new year party.”

Akhil sang a number of songs at the concert and made the audience, especially the couples, quite happy and excited. The audience started dancing on the songs played by DJ MV. Around 450 couples participated in the programme. Promoter Pali Sharma was also present on the occasion.