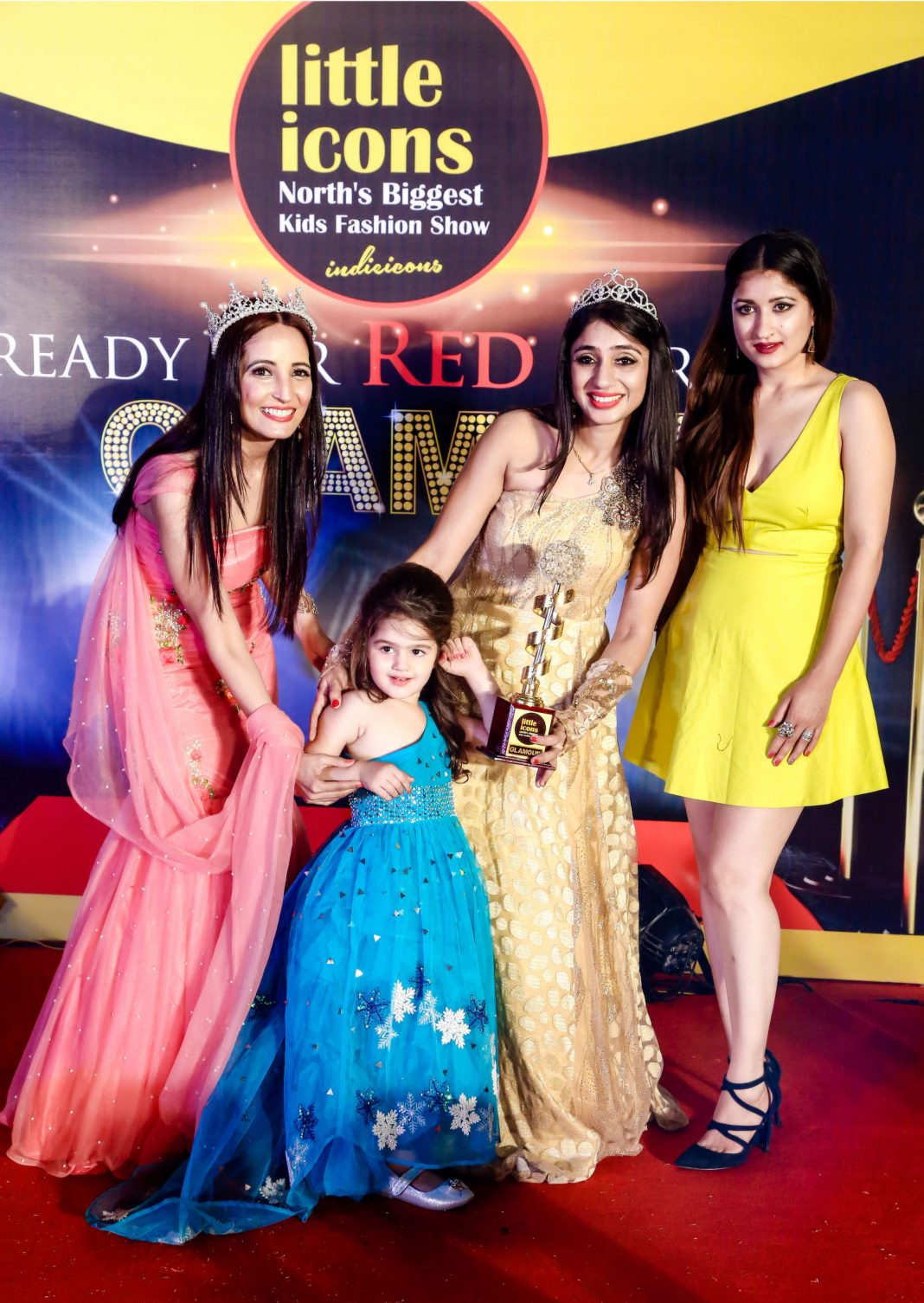 Little Icons, North India’s Biggest Kids & Yummy Mummies Fashion Show, Season 5 was held on 27th May, 2017 at 4-star Hotel Velvet Clarks. The grand show was attended by Who’s Who of the Chandigarh Tricity. The show had 150 participants, not just from Chandigarh & different cities of Punjab & Haryana but Delhi, Gwalior, Jaipur, Jodhpur & Indore, who were selected after auditioning 2000 plus kids from all these cities.

GLAMOUR—India’s 1st Red Carpet designer brand for Kids & Moms by Little Icons was launched at this show by the showstopper & judges. Around 60 plus kids walked on the ramp in very beautiful & grand Glamour Dresses.

Child Artist Ridhima Taneja (currently featuring in CHOTE MIYA DAKKAD which is running on COLOURS T.V on Saturday and Sunday at 6.p.m and 10. P.m.) was the Celebrity Child Guest at this show.

Kids, their moms & dads set the ramp on fire through innovative rounds like Dude Daddies, Yummy Mummies, Romantic Couples Round , besides Disco Round (Tamma Tamma remix song); Ethnic Round (Kangna song), Street Funk Round (All she wants is glamour song). The most beautiful round was Prince & Princess Round (Lavender Blue song from Cindrella movie).