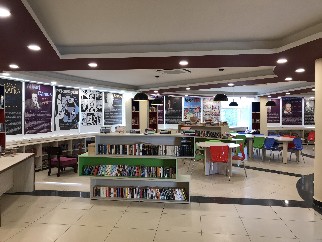 The Kiran Nagarkar library  which is set up in an area of around 7000 square feet  is open to the community, & is both a physical and a virtual space. It has a well updated physical collection of 10000 books, 5000 CDs and DVDs. What’s more, the new library will provide users with remote access to over 5000 e-books and 50 e-journals. Quiet reading and study areas will be there for those who need it, but the library will be also be used as a cultural and social space where people can come together to watch theatre and film screenings, or take part in workshops, seminars, meetings, author talks.

The library has been created as a space where readers can browse, smell, read and fall in love with books . “The children’s section is aimed at bringing children closer to books because  we believe that is a most effective way to elevate their critical thinking abilities and imagination.”Says Mitul Dikshit, Chairman, Dikshant Global School.

Kiran Nagarkar says, “I am overwhelmed by the honour bestowed upon me by Dikshant Global school and Adab Foundation. Moving beyond the digital, the role of the physical library space within the community has also never been so significant. In our increasingly individualistic society, libraries are all about building relationships and while we can do this virtually, face-to-face contacts, however fleeting, formed in the library make for stronger communities. Programmes focusing on learning in the widest sense of the word bring a huge cross-section of society into the library to meet, engage and spend time together and so contribute to civic life.”

Adds Mitul Dikshit ,” The library is a tribute to Kiran Nagarkar and is very aesthetically designed with the printed window blinds of images of  some of the most prominent Nobel Laureates in Literature .We are promoting the concept of the Athenaeum as the word suggests an environment that promotes learning in its largest sense and it is not limited to just printed and digital media as it may unintentionally be understood by a portion of the potential patronage. The Athenaeum concept also supports a much wider understanding of a space used for all purposes that unite knowledge and the community with both intellectual and social dimensions, a place for cultural and community exchanges as much as scholarly discourse.”

A formal Inauguration of the library is scheduled for 28th February by Kiran Nagarkar at 11.00 am at Dikshant Global School, Zirakpur. 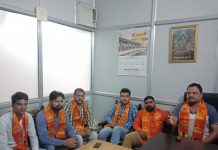 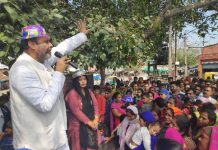 Door to door campaign by CAP in Colony Number 4 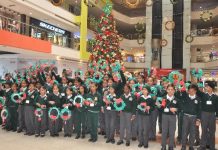 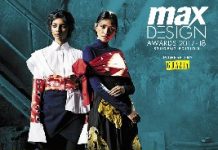