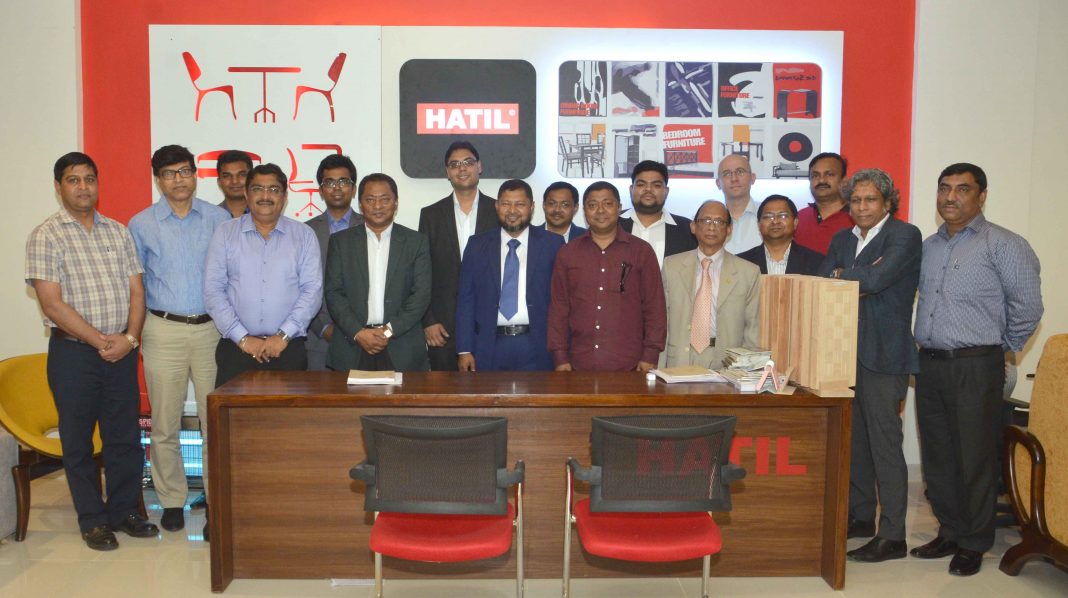 Hatil, the leading global furniture brand, enters the Indian market with its first showroom in Zirakpur.

Selim H Rahman, Chairman and Managing Director of Hatil Complex, Bangladesh said that we are excited to enter the Indian market from Punjab and intend to setup nearly 200 showrooms in the country in about three years time.

Accompanied by third Secretary to the High Commission of Bangladesh in India along with Marc Pfetzing, consultant to Hatil, President of Birla Home Décor’s unit Sutlej Textiles Industries, and other senior dignitaries for the opening of its first showroom in India at Zirakpur in Punjab,  Selim Rahman, said that the brand name HATIL has come to be known world-wide for elegant, contemporary and smart furniture.

HATIL has gained acceptance in Australia, USA, Russia, Canada, Thailand, Nepal, Bhutan and the Middle East because of superior quality, craftsmanship and a strong after-sales service.

HATIL traces its root in HA Timber Industries Ltd., a company established in 1966, while HATIL was established in 1989 by Selim H. Rahman, which uses state-of-the-art technical know-how from Germany and other countries, and making it the largest furniture manufacturing facilities in Asia.

Avan Goel, Director of Kratos Furnishers, who have undertaken the master franchise of the brand for the entire India except east, informed that in the current financial year, we have plans to open two outlets in Chandigarh and five in Punjab, i.e. one each in Amritsar, Ludhiana, Jalandhar, Bhatinda, and Patiala.

With its 80 outlets across the globe and nearly 70 in Bangladesh itself, we have plans to increase its footprint in India for its elegant designs and said Avan Goel.

HATIL showroom showcases the home and office solutions in 10,000 sqft on three floors of the showroom at at Zirakpur, Avan informed.

The Indian master franchiser led by Avan Goel is an alumnus of Thapar Engineering College, and cofounder of another educational venture, Edvour.