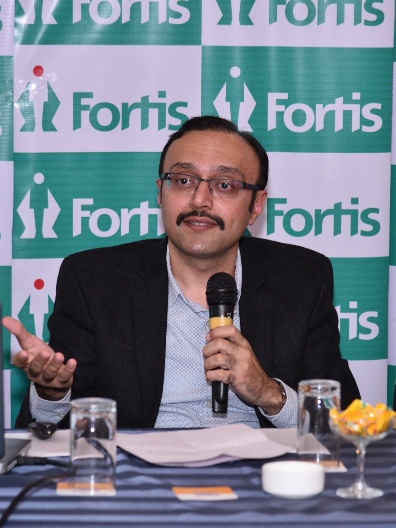 The patient was presented with inability to swallow solid food and difficulty to drink. As per the treatment planned at the hospital, he was first administered neoadjuvant chemo-radiotherapy as well as endoscopic guided Ryle’s tube insertion for nutritional management. The patient was then taken for a laparoscopic minimally invasive surgery for complete removal of the cancerous tissues. After the surgery the patient recovered quickly and was discharged early from hospital.

While giving the details about laparoscopic surgery, Dr Jagad said, “It entails use of advanced 3-chip camera which works in prismatic fashion and reduces the contrast between tissues caused by color difference. It also gives ten times magnified image as compared to the naked eyes making tissue identification is easy. Advanced laparoscopy with high definition monitors helps pinpoint precision of surgery. It also uses numerous energy sources during surgery that secures the blood vessel and helps in opening tissue planes with minimum bleeding.”

“Laparoscopic surgery uses 5mm to 1cm incision to enter the abdomen, as compared to open surgeries where the incision dimension varies from around 15 to 20cm. Smaller incision causes less post-operative pain. Patient is off from bed early and free from painkillers which decreases lung and heart function,” added Dr Jagad.

Laparoscopic surgery makes smaller incisions. So, the normal bowel function after undergoing laparoscopic surgery is quicker. The patient is able to eat food normally much quicker than a traditional surgery which in turn helps a faster recovery and an early discharge from the hospital. The less exposure also means lesser chances of post-operative infection. All these make it cost effective as well.