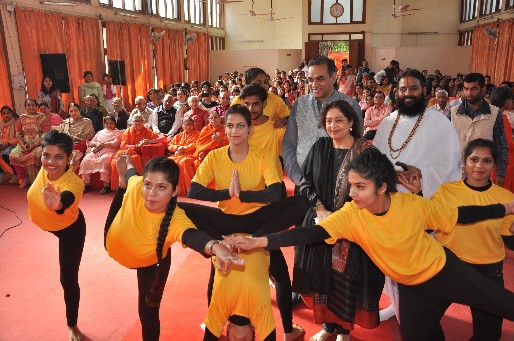 Brahmrishi Yoga Training College, which is affiliated with Panjab University and recognised by Chandigarh Administration Sec 19 here, is celebrating its Silver Jubilee celebrations which started today. Chandigarh MP, Kirron Kher was the Chief guest during the inaugural function. Kher announced Rs 11 lakhs for the college from her MPLADS funds, which evinced a roaring applause from the audience which comprised mainly students & teachers of the college. A demonstration of Yoga was also given by the college’s students. Kher was quite impressed with the performance and said that the same reminded her of ‘India’s Got talent.’ 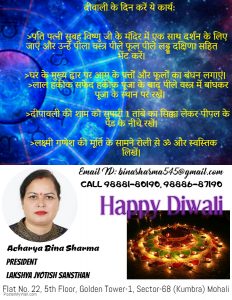 Kher in her address said, “Yoga has become very important for politicians to provide them with mental peace as their work is very hectic. I feel that Yoga is the basis of all performances that are witnessed on reality shows and at different places.”  While talking about the mental relaxation that Yoga gives, Kher added in a lighter vein , “I have been really looking forward to a short break where I want to go to a secluded place with a  book and relax, but in my busy tenure I have not found this time yet.”

In her address Dr. Savita Kansal, Principal of Brahmrishi Yoga Training College said, “Our students have done very well for themselves and have done the college proud. Not only have they been absorbed in good jobs based on the training in Yoga, but have also established Yoga centres, not only in India but even abroad. One of our student has set up a centre in Singapore.”

After the inaugural session another session was  held which saw participation of Davesh Moudgil, Mayor, Chandigarh as Chief Guest.

It is noteworthy that H.H.(His Holiness) Brahmrishi Vishvatma Bawra Ji Maharaj was Founder Director of International Brahmrishi Mission  and also established the college in 1993 to propagate yogic way of life among the masses. This college is the branch of Vishva Shiksha Niketan Sansthan a group of Educational Institutions and offers two courses – B.Ed. (Yoga) affiliated with Panjab University and D.El.Ed. (Diploma in Elementary Education) recognised by the Education Department Chandigarh.

In this era of cutthroat competition and deteriorating human values there was an urgent need to infuse the concept of yoga, which can act as a panacea to fight these problems. The event also saw release of  a souvenir which covers the journey of the college’s 25 years. A documentary about the college was also screened. November 17 will be the last day of the two day silver jubilee celebrations, in which Rattan Lal Kataria,M.P, Ambala and Ram Bilas Sharma, Education Minister, Haryana are expected to participate.