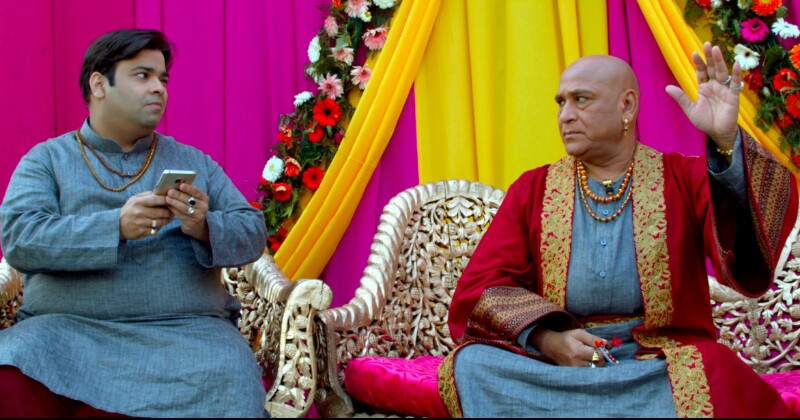 Mumbai
25 September 2017
Kulbir singh kalsi
In Jaideep Kr Chopra’s 2016 The End, Kiku Sharda will be seen playing son of a Babaji. It seems there is a Karmick connection between Kiku and Babaji, as during shoot of this film the actor was arrested for impersonating Dr.MSG.
Sharing one of the incident, director Jaideep Kr Chopra says, “We were shooting at police station and Kiku had said how bad it will be to spent a night in Jail and next day he was arrested for impersonating Baba Ram Rahim Singh.”
It seems saying out your fear out loud makes it turns, further sharing funny incident, director says, ” Later, when we were shooting at petrol pump with Kiku it turned out that the name of station was after Baba Ram Rahim Singh. It was cringe worthy moment for him. Now, with the arrest of him our film is releasing.”
2016 The End, directed by Jaideep KR Chopra, stars  Divyenndu  Sharma, Kiku Sharda, Harshad Chopda, Priya Banerjee, Rahul Roy, Narendra Jha, Tom Alter, Supriya Karnik and Mir Sarwar, is produced by Jaideep Chopra Production and  is slated to release on 6th October 2017.