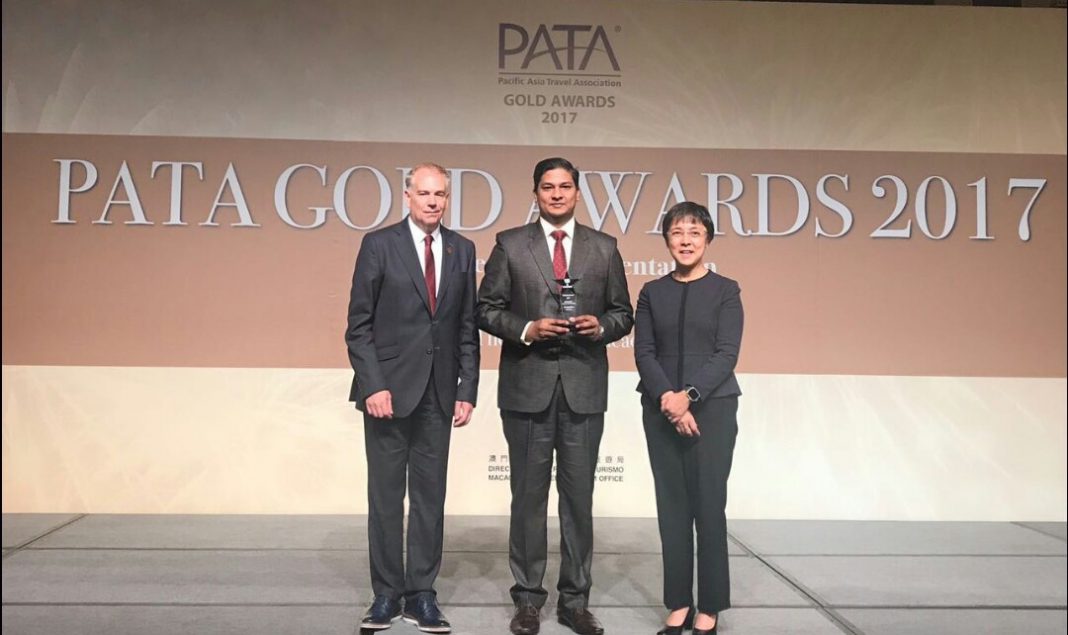 Mr. P Bala Kiran, IAS, Director, Department of Tourism, Government of Kerala received this prestigious award at the 32nd edition of the PATA Awardsin recognition of its trend setting marketing initiatives, which have boosted the state’s profile as a must-visit destination. This year, PATA received 220 entries from 77 organizations and individuals worldwide.

Film tourism is a growing phenomenon worldwide, fueled by both the growth of the entertainment industry and the increase in international travel. Given the impact of ‘Cinema’ on behavioral changes on audiences, it has in recent years emerged as a powerful tool for the development and promotion of destinations.

Speaking on the occasion, Mr. P. Bala Kiran, IAS, Director, Department of Tourism, Government of Kerala said, “The award has given us the opportunity to showcase the picturesque locations to a global audience that Kerala has to offer. Picturesque backwaters, pristine beaches, dreamy hill stations & exotic wildlife are the key attractions to shoot any form of media. This award is a testimony of the innovative marketing initiatives and promotional activities undertaken by the tourism department of Kerala.”

“Film tourism also contribute to the overall economic development of the respective destination through income generation, investment, job creation, etc. We at Kerala Tourism are committed towards promoting tourism in a responsible manner.” He further added.

The PATA awards were presented to outstanding entries in four principal categories:Marketing, Education & Training, Environment and Heritage & Culture. This award is an addition to the long list of accolades of Kerala Tourism.

The Brochure was conceptualized and designed by Stark Communications, the Creative and brand management agency of Kerala Tourism.