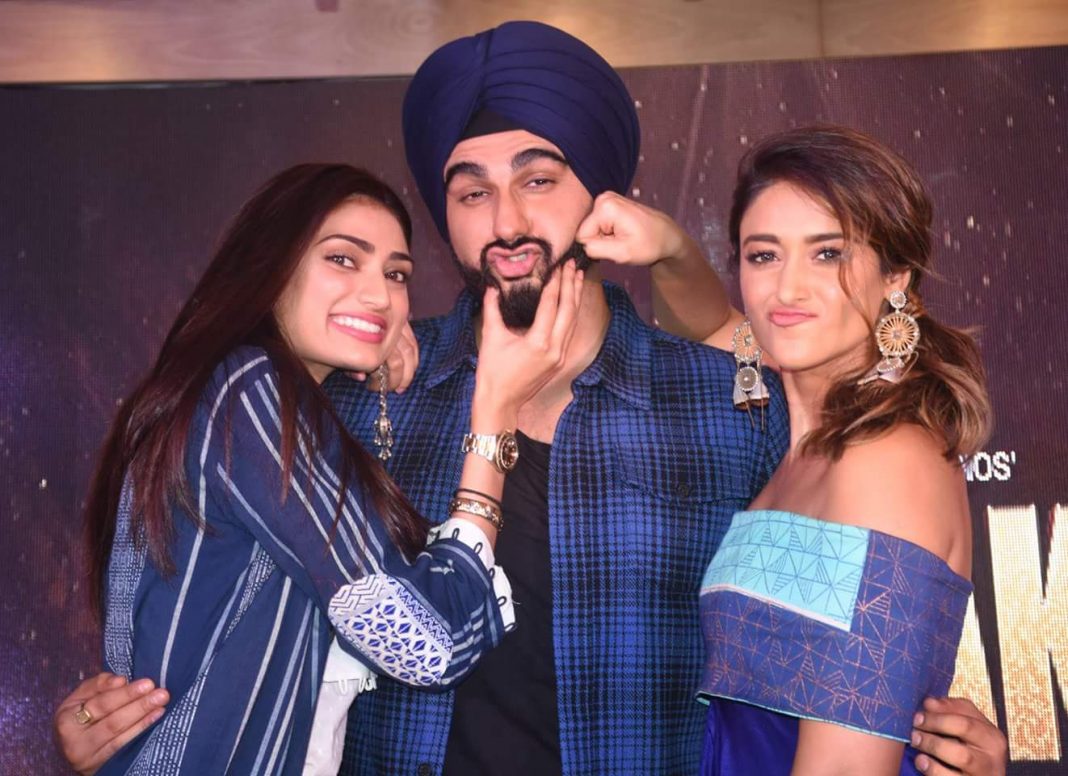 We are on film promotions from past 5-6 days and I was already wondering whom I actually like, Karan or Charan. But I think I love Karan because he is naughty, full of excitement, he adds charm to life. So I will always choose Karan, says Actress Ileana D’cruz answering a question on choosing any of the characters from film Mubarakan. Ileana, Arjun Kapoor and Athiya shetty were in Chandigarh on Saturday to release a song “Jatt Jaguar” from their upcoming film Mubarakan. Arjun was seen in his turban look from movie.
Mubarakan will release on 28 July and for the first time Chacha-Bhatija jodi will be seen onscreen. Anil kapoor and Arjun kapoor are coming on onscreen for the first time and that is why this film is special for both.
Anil kapoor was not in the city but all three of his co-stars were seen praising him only. Ileana and Athiya quote, “Anil sir is such a humble actor and makes his co-stars comfortable in every situation. He has spent so many years in this industry yet anyone can see his excitement for upcoming projects. It doesn’t matter it’s 2 am in the night or 2 pm in afternoon, or what day it is, you will see A.K. excited like it’s his first day at the shooting. He is so down to earth that he even ask us about his performance each time after he has given his shot.”
Both of the actresses will be seen romancing Arjun kapoor in the film. Arjun is playing a double role, Charan Singh and Karan Singh. Both are twins but has different sides because both are brought up in different cities and environment. According to Arjun kapoor, “Film deals with family issues which anyone can easily relate to. It will connect people to the situations they face in their day-to-day life. It will be exciting to see people watching this film with their families.”