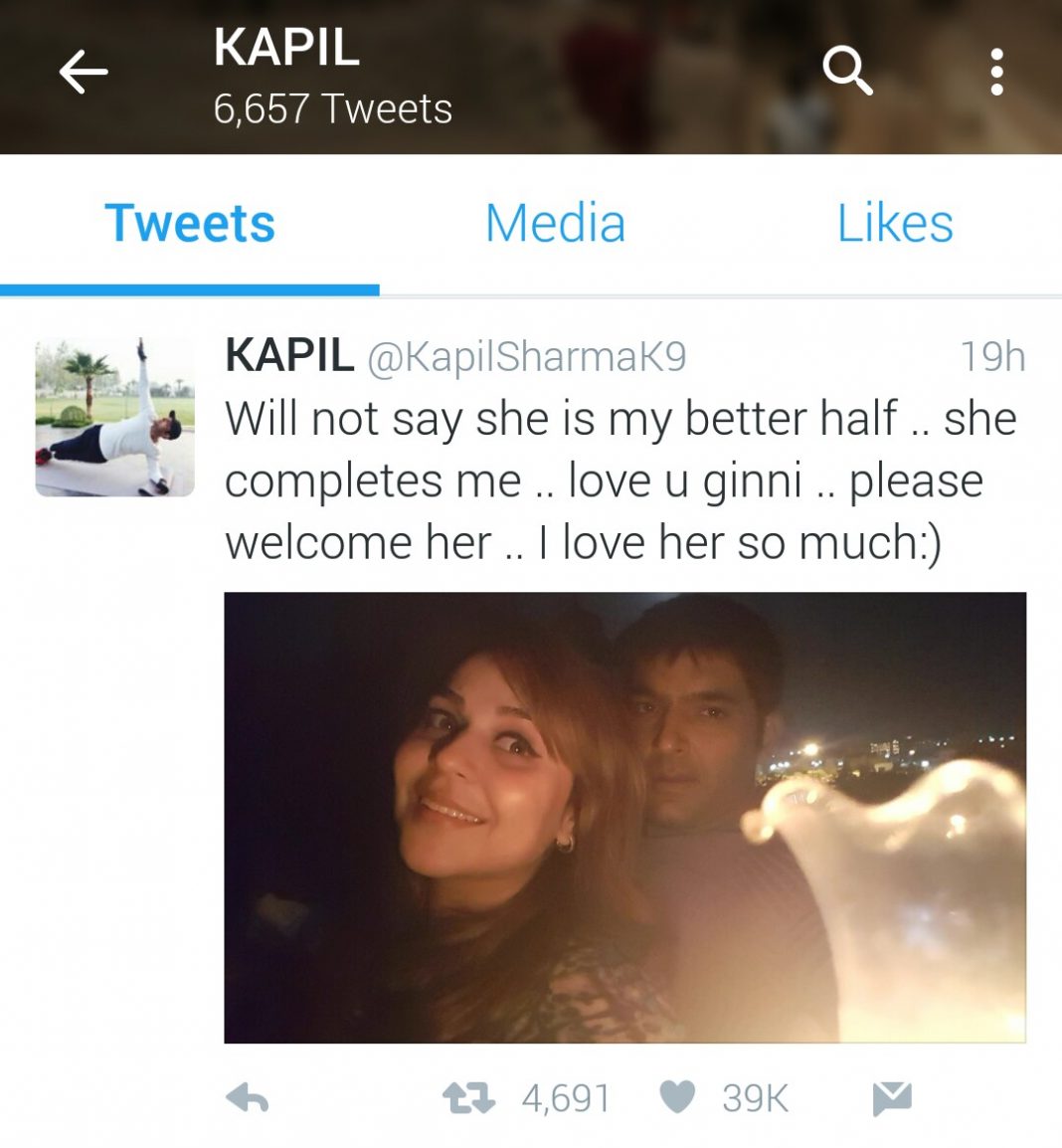 Comedian Kapil Sharma has broken many hearts including his own darling Deepu’s for someone else. Deepu (Deepika Padukone) might be feeling so jealous right now? Kapil Sharma has turned to FB and Twitter to announce his marriage with his long time Girlfriend Ginni Chatrath. He shared a sweet message with a selfie of both on Twitter and announced their marriage. 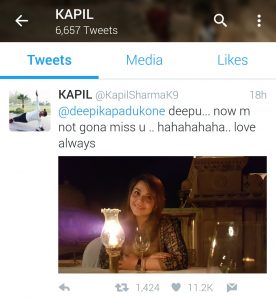 Kapil was dating this Chandigarh Girl from a long time which was confirmed by his brother 2-3 years back. They did a comedy show together ‘Hans Baliye’. Ginni whose original name is Bhavneet, is handling her father’s business right now as her mother-in-law doesn’t want her Baahu to be part of this industry.
Kapil shared a message on FB, “Meet my wife, I love her more than Deepika 😉”. Still it’s a suspense whether they secretly got married, or will they announce their marriage date now? We will keep you updating, Stay tuned!