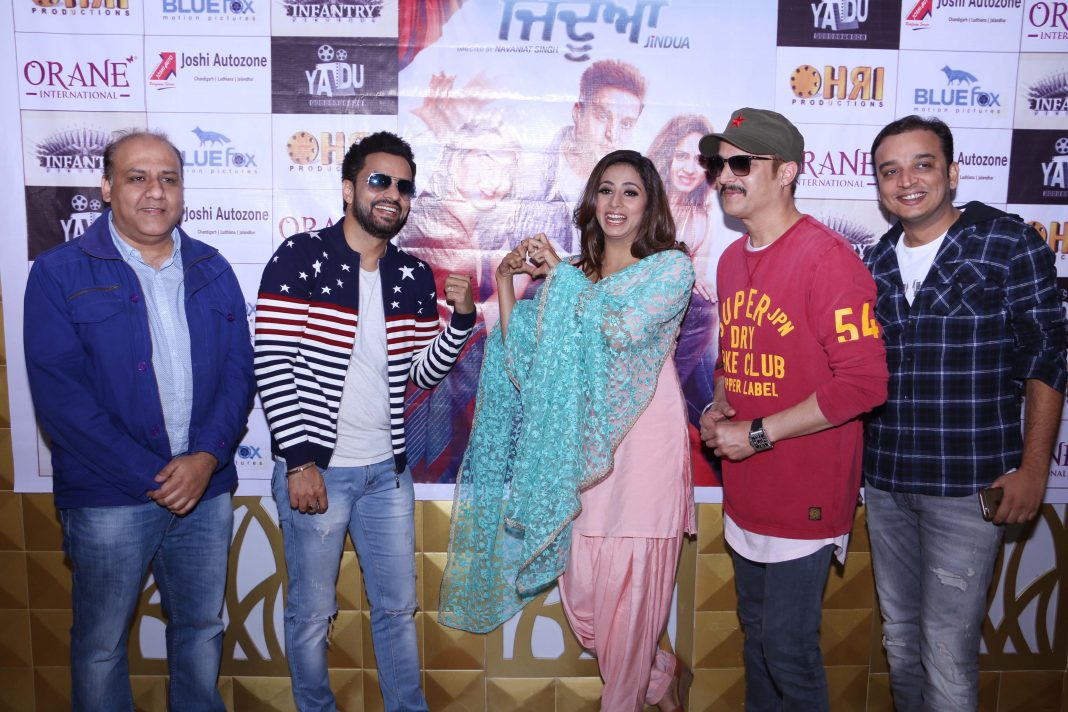 Sometimes a truth is worse than a thousand lies and the film that seems like a simple romantic story at first takes an unexpected turn that would have the audiences clutching their seats and experiencing a whirlwind of different colors and emotions of life. Jindua produced by Ohri Productions and Infantry Pictures in association with Yadu Productions is a Punjabi romantic film starring Jimmy Sheirgill, Neeru Bajwa and Sargun Mehta in lead roles and comedian Rajiv Thakur.

The story revolves around these three characters Jimmy Sheirgill, Neeru Bajwa and Sargun Mehta.The film is a direction of renowned Navaniat Singh, story and screenplay is given by Dheeraj Rattan. The music of the film is given by famous Jaidev Kumar, PropheC and Arjunaa Harjai. The music is labeled under Speed Records.

Talking about the film, Actor Jimmy Sheirgill said, “The film has drama, romance, emotions and thrill. The script attracted me a lot and all the actors worked amazingly and it makes me proud to be the part of this film. The film will completely make you feel the value of relationships and I hope that the film will go that extra mile.”

Actress Sargun Mehta said, “I am truly excited for this release. The film has a heart-touching story in which every character is emerging. The film makes you to understand the value of family and relationships. I hope the audiences will enjoy it as much as I enjoyed working in it and see you all at the cinemas.”

On the same, Comedian Rajiv Thakur said, “The film will show you the different sides of love with a twist of love triangle. The audience will also go on a journey of love with all three characters. Also, the whole cast and crew was very supportive and we all have given our best.”

The Director of the film Navaniat Singh said, “The most important thing for us is to make this film not only loved by couples but by every relationship. This film is full of giving value to your relationships and we hope that people will accept efforts made by all the cast and crew.

With ‘Jindua’ on March 17th come and fall in love with colors and emotions of life.