WHS Panchkula was established by Late Mrs. Rup S.P. Singh in March 1991 and at present is being run and managed by the Trustees under the chairmanship of Mr. Riki Singh.

The Trust was established in the memory of Late Mrs. Rup S.P. Singh, Founder-Principal Woodlands House School, on 29th February 1996 by Mr. Riki Singh, Chairman of the Trust and Mrs. Amteshwar Singh, Trustee, along with other Trustees.

The theme of the show was ‘JASHNE MUBARAK’. An array of scintillating performances- Venga Boys, Fantasy Land, Maria Pita, Arabian, Retro and Qawwali left the guests spellbound. Hindi play- Anokhe Lal Ki Anokhi Daawat and English play, An Exciting Sojourn were presented with precision and perfection by the K.G. classes.

Mrs. Milkha Singh who was a Director of sports for women in the State Department and Indian Women’s Volleyball team captain graced the occasion.

The Principal, Mrs. Vijay Baksh and Trustee, Mr. Farid Singh addressed the parents and told that the school is resplendent with pride and jubilation in signifying this rare episode in its glory. It is committed to bigger challenges and higher aspirations.

Colourful finale to the cultural fusion at Kalagram 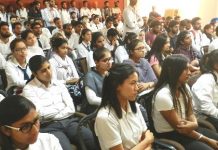 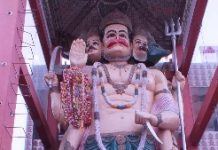 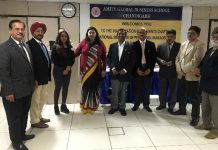 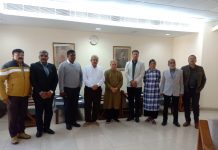