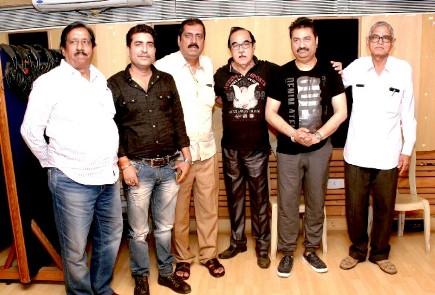 Silver 9 Movies recorded a magnificent item number for their romantic-social thriller ‘Rehemdil Kaatil’ on 18th March 2018 at A.B. Sounds, 4 Bungalow in the voice of famous singer Indrayani.The film is produced by Mukesh Malhotra and directed by Sandeep Kumar. The song in tune with the current young generation, ‘Selfi tum meri le lo….’ was penned by lyricist Saani Aslam while Raja Ali has provided the musical score for it.The trio including the singer Indrayani have really delivered the best and is sure to hit the musical charts.

This is the second outing for producer Mukesh Malhotra and director Sandeep Kumar. Earlier they had made a romantic film “Aakhri Sauda – The Last Deal”.

Arjun Vyas, Akhilesh Pandey and Adil Khan have lent adequate support in the making of this film.Pradeep Kumar is also the music director in it. Earlier one romantic song has been recorded at Sana Studios in the voice of Kumar Sanu. Rajendra Sharma is the director of photography and Bhuvan Singh is the production designer. The film is now 80 per cent complete and is being readied for an early release.