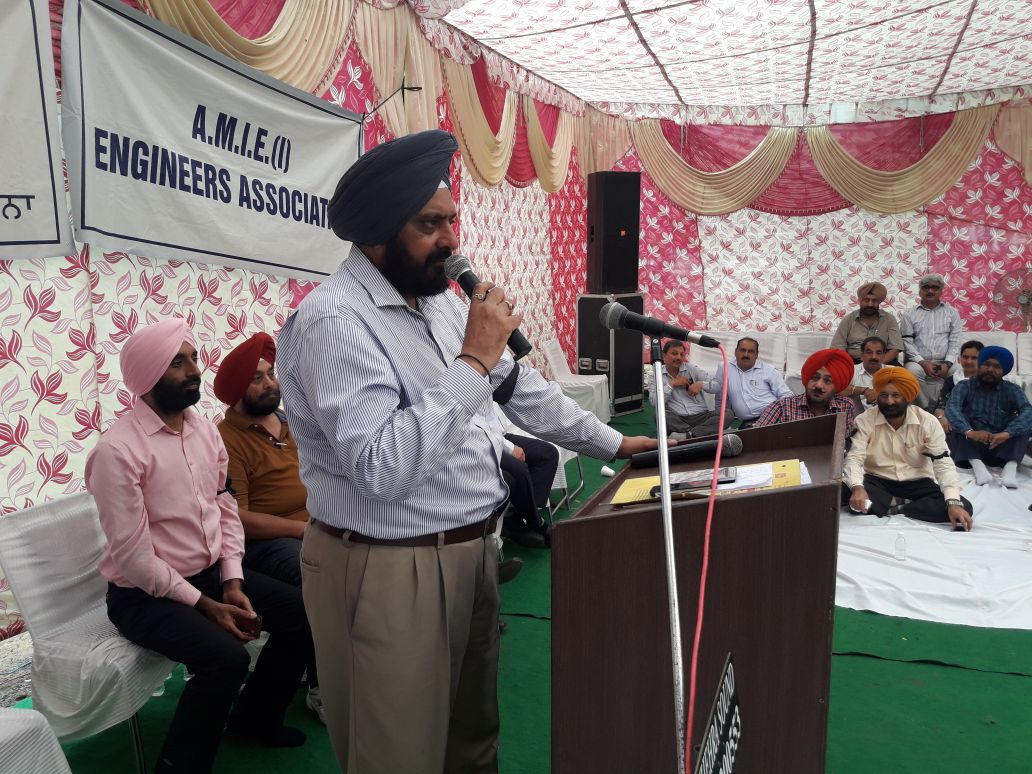 The   Joint Action Committee(JAC) of Irrigation Engineers has decided to go on Pen-down strike in all Irrigation Punjab & Chandigarh offices on 09.08.2017 (Wednesday) and 10.08.2017(Thursday), by wearing black badges on their shoulders and unfurling black flags outside their offices, during these two days. This decision was announced by the Joint Action Committee of Engineers’ Forum after the Irrigation Engineers’ peaceful Dharna held in New Hydel Building,Sector-18,Chandigarh today. The Dharna & decision to go on pen down strike has come about because of the inaction by the Punjab Government to reign in the State Vigilance Bureau, which has been adopting a Vindictive attitude against Engineers, while carrying out an inquiry. “The Joint Action Committee has decided to give ten days ultimatum to Punjab Government after pen-down strike to accept our genuine demand  of stopping the vindictive actions against Irrigation Engineers’ by VB forth with,  otherwise all Engineers’ will  take even more stringent action.” Said Er. B P S Brar, President, JAC Combined Association.