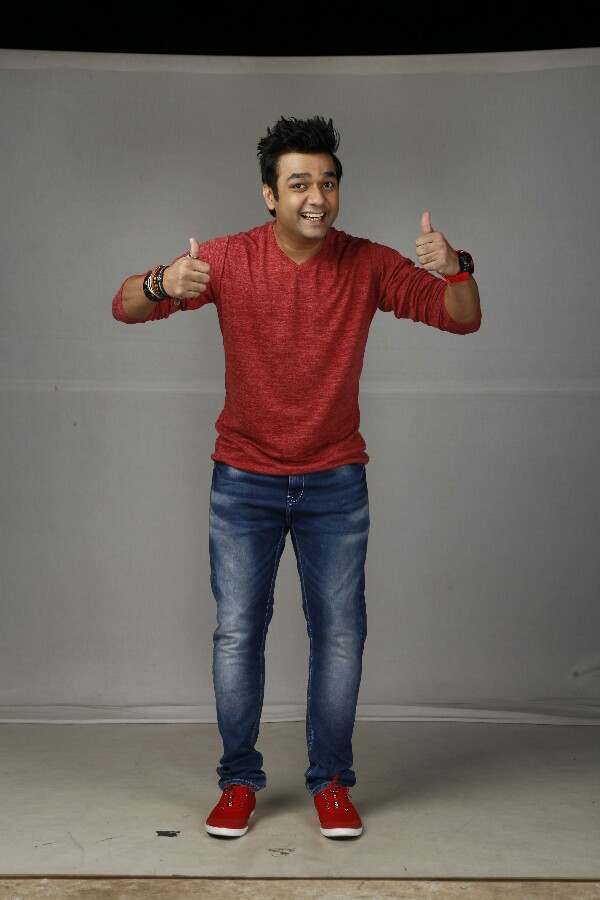 To be honest, It’s a dream come true of every actor to play multiple role in a single TV show. However, I must agree that it’s a most tedious job as playing three roles with three different accents is not easy for an actor. It takes a lot of concentration and voice modulations. I had to do some research for each of the characters. The doctor’s character requires me to talk in pure Hindi, so I need to ensure my pronunciation of words is correct whereas the police inspector character is more ‘tapori’ and a has a heavy voice. To change from one character physically also is very challenging.

To be honest, It’s a dream come true of every actor to play multiple role in a single TV show. However, I must agree that it’s the most tedious job as playing three roles with three different accents and character traits is not easy for an actor. It takes a lot of concentration and voice modulation practice to fine tune and agree on the best version of every character.

I do a show on YouTube called ‘Janhit Me Jari’ which went viral. The casting team from Swastik productions liked it and asked me to give an audition. As the role demanded playing multiple roles by the same person, I was little hesitant about taking it up. But when I got selected I became more confident as I had support of friends and family who thought I can pull off these characters very smartly. This encouraged me to say yes for this role and here I am playing three roles in Shankar Jai Kishan – 3-in-1.

There have been many such small funny stories while growing up. In all fun, school times, college times, when you either lie or innocently manipulate something to avoid being in trouble or to avoid doing something you do not like. Like lying about being sick because you don’t want to attend class but later the professor finding out that you are not sick. Or even, bunking class and chilling with friends and bumping into your parents in the middle of the road. The one I clearly remember is that I used to forge my father’s signature and once I forged it for my report card one semester. Somehow my father got to know about it and had be grounded and banned from everything for a month.

I took references from the major movies especially for the characters. For instance, I studied the character of Amol Palekar from ‘Golmaal’, Shah Rukh Khan’s character from ‘Rab ne Bana di Jodi’ for Shankar’s character who is very innocent, shy and always speaks in Shudh Hindi. Similarly, for Jai’s character I took inspiration from Salman Khan. Kishan is someone that I want to create a character of my own with a personal touch, very close to the real me.

Shankar Jai Kishan- 3 in 1 will air on Sony Sab starting from August 08th, Monday-Friday at 10 pm!