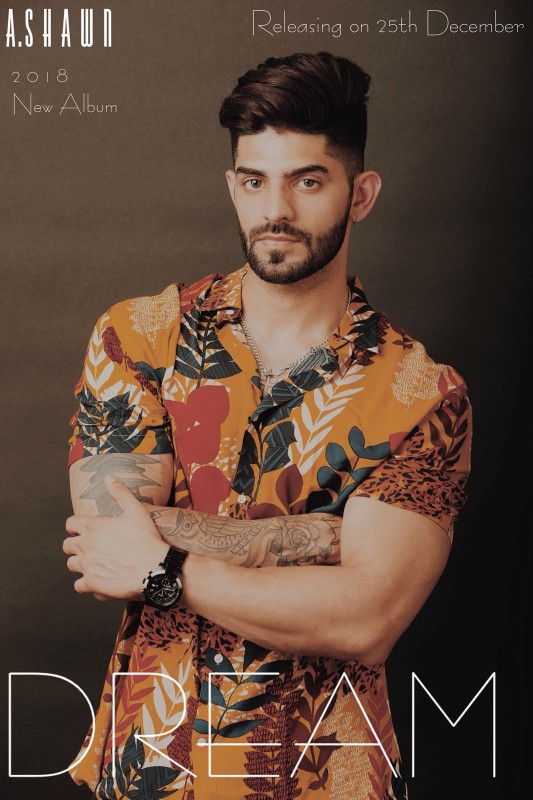 Well it is rightly said that, you have to dream before your dreams can come true. Today we need artists around us to inspire us ad motivate us to do better in life, one such singer who has been known for his melodious voice and his audience can connect with his soulful songs so well is A Shawn. Coming up with another album, ‘Dream’ which is based ones utmost desire and desperation to fulfil ones Dreams and to enthuse his fans with this concept. He wants to inspire the youth the way his parents has inspired him since his childhood and are inspiring him uptil now. He won many hearts with his previous songs like ‘After Girl away’ and ‘Mustang yaar di Kali’. A Shawn is thrilled the way Punjabi film Industry is growing, he thrives to become an integral part of it and will remain dedicated for Punjabi film and entertainment world.

Relating his new album, we asked him how he fulfilled his dreams and he responded instantly, “After graduation I started my career with Title of Mr Ludhiana in 2014 and soon I got the role in ‘Kum Kum Bhagya’, a popular Serial on Zee TV. I earned my dreams with constant ,untiring efforts and patience. With hard work and many other factors  the most important element is ‘Dream’, you can only achieve when you dream to accomplish it”.

He added, “Youngsters these days live with their dreams and always inspire to fulfil them so Dream plays a vital role in one’s life”.