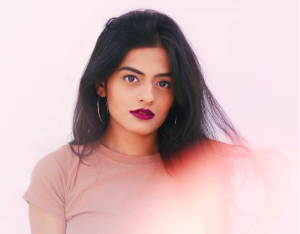 Influencer marketing is when a company or a brand reaches out to professionals, celebrities or experts who have highly engaged social media followings. These influencers can have modest to large followings, with the ones on the smaller side in terms of followers usually wielding a higher level of engagement with their followers.

Companies who leverage this form of advertising take advantage of an authenticity in terms of their advertising. People who follow these social influencers trust them, so when these influencers promote a brand or product, people are more likely to buy.

“Influencers are becoming very important in terms of marketing,” said Agam Berry, co-founder of Quantified Commerce, a company focused on building e-commerce brands in India, “we are looking to leverage these influencers because we’ve found that not only is it a superior form of advertisement, but it’s also fun for the consumer.” Companies like Quantified Commerce are making use of some of the best and brightest social influencers to help sell their products, but don’t let that stop you from following some of these social media stars, because their blogs and Instagrams are filled with beautiful photos and great advice.

Here are some of the top social media influencers in India today:

Anupriya Kapur: Anupriya’s Instagram handle features motivating posts about well-being and fitness. She works out for three to four hours a day, and a lot of her posts are  This inspiring social influencer blogs and articles have been featured in The Hindu and many National Dailies. She has worked with companies like Adidas, Nike, Reebok, Kellogg’s and Samsung.

Bhumika Thakkar: This beauty, fashion and lifestyle blogger has been writing about makeup, fashion and skin care for seven years. While she’s a Company Secretary by education, she her blog is her real passion. Bhumika has been featured on India’s first web based reality show ‘Beauty & The Blogger’ and has had stories written about her on outlets like Elle.

Dhwani Bhatt: This Mumbai born YouTuber has posted DIY, beauty, and fashion videos to her channel since 2014, that now claims over 70,000 subscribers. She was featured in the #WomeninComedy program, which uses comedy to highlight women’s issues and is in partnership with WhoHaha and American celebrity Elizabeth Banks.

Anshita Juneja: Anshita is one of India’s biggest fashion bloggers. She’s the editor and founder of the blog “Vanity No Apologies,” which receives more than 800,000 visits per month, and has been active for more than five years.. She holds a Master’s Degree in Marketing after having graduated from the University of Delhi in 2011.

Aashna Shroff: The founder of the insanely popular fashion and beauty blog ‘The Snob Journal’ has 450,000 followers on Instagram. She frequently writes about beauty, fashion and travel. She works with a number of different brands including Himalaya and has a very popular YouTube video titled “Bra Talk?”

Mehak Sagar: There was a lack of Indian voices in the beauty scene, until Mehak Sagar started blogging. She was frustrated to find that when she Googled a product the results were mainly people from other parts of the world with a different skin color or texture, so she started her own blog. She’s now one of the top 10 fashion bloggers in India, who’s been featured in Cosmopolitan, Femina, and recently gave her own Tedx Talk on changing career paths.

Shreya: Her blog ‘Beauty and the Best’ features beauty, skin care, and product reviews. It also features an e-commerce tools to allow visitors to purchase products directly off the site. Her goal is to “create a community of beauty & fashion enthusiasts who support and uplift each other.” Her total monthly visitors from India are over 510,000.

These are just some of the multitude of social influencers who are not only producing great content for various social channels like Instagram, YouTube and Facebook, but are also helping trusted companies like Quantified Commerce advertise brands to the clients who would want them most. “Social influencers are going to be very important in the next few years,” said Ryan Andreas the co-founder of Quantified Commerce, “it’s just a better way to reach people.”