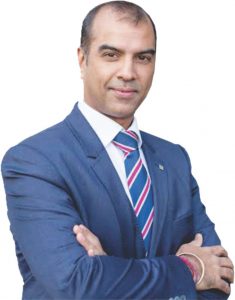 The Indian students graduating from UK based universities have a reason to rejoice, as the government has announced the return of the two-year post study visa for international students in a move that will impact thousands of Indian students.

Mr Gurpal Singh Oppal, Solicitor, MA, LLB (Hons), UK , Director, Charles Simmons Immigration, Solicitor and head of Express Immigration Appeal Services (P) LTD, Chandigarh, said, “The new immigration route will mean Indian graduates in any subject will once again be able to stay in the UK for two years to find work after they graduate. Currently, most international students doing bachelor’s and master’s degree courses can stay and work for only four months and those at 27 universities on a pilot scheme get six months.”

The new immigration route will be available to international students who have successfully completed a course in any subject at undergraduate level or higher level at a Higher Education Provider which has a proven track record in upholding immigration checks and other rules on studying in the UK. Students will need to have Tier 4 leave at the point the route is introduced. This includes students who start courses in 2020/21 at undergraduate level or above.

Mr Oppal added, the new route enables eligible students to work or look for work, at any skill level, for two years after they graduate before needing to convert to another visa or having to leave the country. It goes much further than the immigration white paper published last December which had just proposed the increase four to six months for those on bachelor’s or master’s degrees and to one year for those reading PhDs.

There will be no cap on the number of students who can apply for the new graduate route. In 2011, Theresa May, when home secretary, abolished the two-year post-study work visa that had made Britain an attractive place for Indian students. That led to a 55 per cent drop in Indian student numbers coming to Britain. With just a four to six months work permit, employers were reluctant to offer international students jobs whereas two years is much more attractive to them.