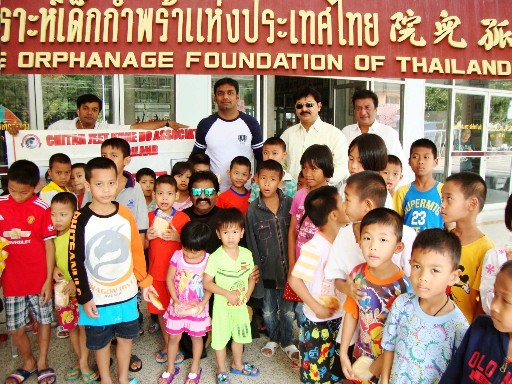 Since 1970s, Martial art has become a significant industry in sports worldwide. Martial art is codified as combat practices practiced for mental and spiritual development, as well as entertainment, a form of sports and intangible cultural heritage. It can be used for self-defense and law enforcement applications too.Martial arts exponent Chitah Yagnesh Shetty is a colossal, prominent and eminent name not only in India but across the entire globe. Since more than three and half decades he has been teaching martial arts not only to youngsters but also film stars who are presently ruling the world of cinema. His martial arts academy – ‘Chitah Jeet Kune-Do Global Sports Federation’ CJKD is not just an institution which modulates lifetime benefits of its structured training technique in a disciplined and challenging environment.

The module and functioning of ‘Chitah Jeet Kune-Do Global Sports Federation’ has spread its footprints and affiliated not only in India but also in America, Russia, China, Sri Lanka including 14 other countries, where CJKD form of martial arts are taught.

It was an event to remember…. on Sunday, 18thMarch 2018, as the jubilant founder president, chairman and chief instructor of CJKD, Chitah Yagnesh Shetty addressed the members of the fourth estate about his latest achievement – inauguration of his 15th branch of its martial arts academy “Chitah Jeet Kune-Do Association” in Thailand and that too in a grand and unique way at his Andheri’s Academy,Lokhandwala,Andheri (West), Mumbai . The association’s president Sumit Singh Nikku and its vice president Ashok Kesarwani during the inaugural ceremony bequeathed a truck filled with food grains, rice, oil, juice and other basic necessities to ‘The Orphanage Foundation of Thailand’ from the hands of Chitah Yagnesh Shetty. Shetty also donated a cheque for 2,000 Thai baht to Khun Malai, the head of the orphanage on behalf of the Association. Mr. William Bond, the world director of CJKD and Mr. Karim, the presenter of a book on CJKD also made their presence felt at the event.

Looking at the matchless launch of his 15th academy in Thailand, Chitah Yagnesh Shetty was enthralled and said to the members of the press in Mumbai, “I would like to thank my associates in Thailand Sumit and Ashok for making it an unparalleled launch with a noble cause.” Shetty further adds, “I want all the people in the world, especially the younger generation to learn martial arts to enable them to keep fit and healthy. These days there is a shortage of open spaces and gardens and people are unable to play any kind of sports. Today more and more of the young and the old alike are more engrossed and busy with computers and mobile phones. Thereby there is no requisite physical exercise for the body which puts a spanner in the modern-day lifestyle due to various ailments. Martial improves mentally, spiritually and keeps healthy too by improving and overcoming many kinds of illnesses.”