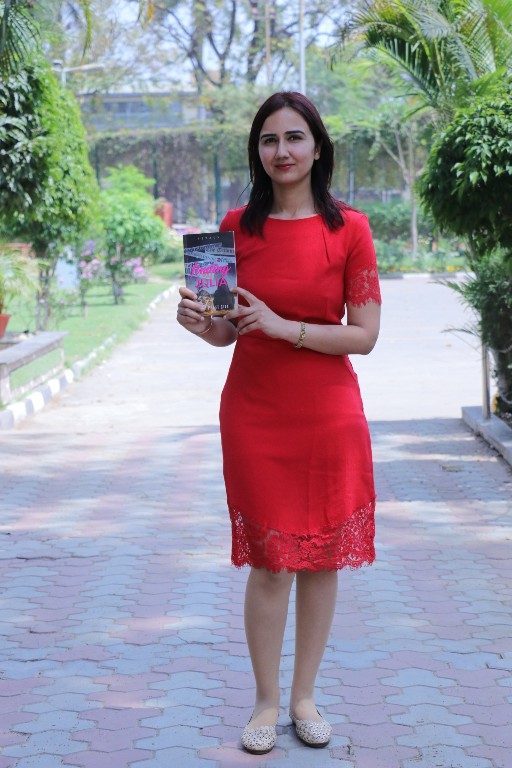 Life’s full of myriad riddles every day, and leave an imprint in our heart and soul, but we seldom try to preserve these small big incidents in life. Rana Preet Gill has compiled her collection of ‘middles’ in leading national dailies in her new book, Finding Julia which happens to be her second literary work, after the first one launched last year, which was among the bestsellers.

The book was launched here at the Chandigarh Press Club, by Vivek Atray, renowned author and motivational speaker. Rana Preet Gill is a Hoshiarpur based veterinary officer working with Animal Husbandry Department, Punjab. The book launch was followed by an engaging interactive session between the author and writer Seerat Gill.

While giving details on her book, Rana Preet Gill said, “My first middle ‘Pet peeve no more’ was published in The Tribune on 31stJuly, 17. It was my Facebook post which had garnered many likes and comments. Overwhelmed by the response, I turned it into a middle and sent it to The Tribune. In August 17, I sent another Facebook post turned piece ‘Mindo, the unforgettable chachi’ to the much loved column Spice of life (Hindustan Times). It was accepted as well and my second piece got published in Hindustan times on 9thAugust, 17.  That year thirty pieces got published in The Tribune, Hindustan Times and Daily Post.”

“In 2018, I started sending my contributions to The Hindu, The New Indian Express, Deccan Herald, The Hitavada and Woman’s era. By the end of 2018, I had ninety-two published pieces in eight publications. I have always written with complete honesty and every middle/piece bears a small part of my life and thoughts”, said Rana Preet Gill.

Explaining why she has called her collection of middles as ‘Finding Julia’, Rana Preet Gill informed, it was one of her most memorable middles.

This book is a compilation of Rana Preet Gill’s published pieces along with photographs.  It has been divided into seven sections: Pets, People, Profession, Childhood memories, Society and Education, Sehar and Soul matters.