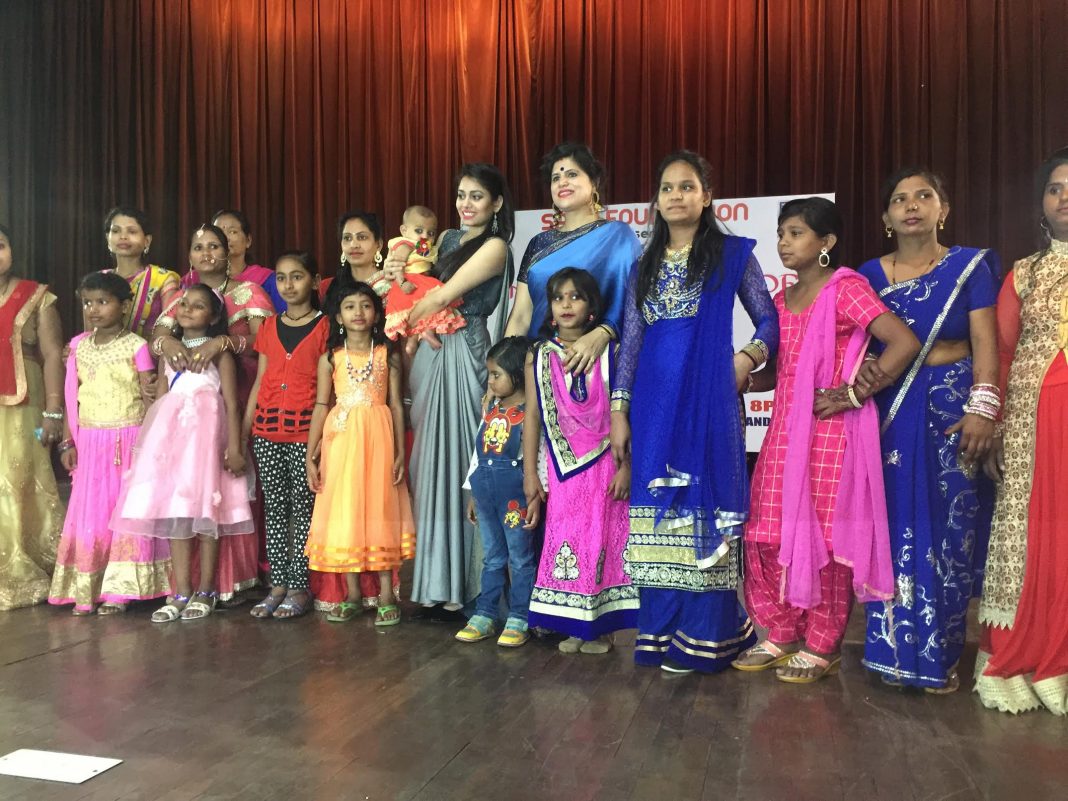 ‘Sach Foundation’, a non government organization (NGO) works for the empowerment of the underprivileged in the region. The organization holds a vision of an educated and better society in future and works incessantly to achieve that goal. The organization has adopted a number of poor children and is providing free education to them in order to make them self-dependent on future.

Sach Foundation today organised  ” Roshni ” MOTHER’s DAY CELEBRATIONS’’ where mothers (working as house maids) of children being educated by the foundation performed catwalk on  ramp with their daughters. The event was organized at the Government College Auditorium, sector 46, Chandigarh.

Special attraction of the programme was Show Stopper of Fashion show ,Actress Shiwani Saini (Hollywood) (Five Weddings) and Bollywood (Sarabjit Aishwarya Rai) , she stole the show and house helps were too felt like actresses when they posed  with Shiwani . Other important events included Play depicting all stages of Moher hood and Play/Skits by kids on child labour/`Beti Bachao-Beti Padhao’ theme were also held.

The event was held with regard to the NGO’s new initiative `Beti Padhao, Beti Bachao’ as well as a campaign against child labour.

Speaking on the occasion, founder of the organization, Sunita Sharma said, “It’s very important that every segment of our society is educated enough to differentiate between good and bad and also empowered to earn bread for his/her family.’’

“The  world needs equality in terms of gender and today’s girl/woman is needed to be treated equal and educated properly which is not been done in the underprivileged section. So, we’re working on this section and we look forward to make sure that at least 250 children from Chandigarh get education by the end of this year,’’ added Sunita Sharma.

At a time when there is a consciousness growing in the country for women’s empowerment, Sach Foundation’s initiative has drawn appreciation from various quarters and Sach Foundation

From #SocialToSoldiers – Send your Tribute to the Troops!