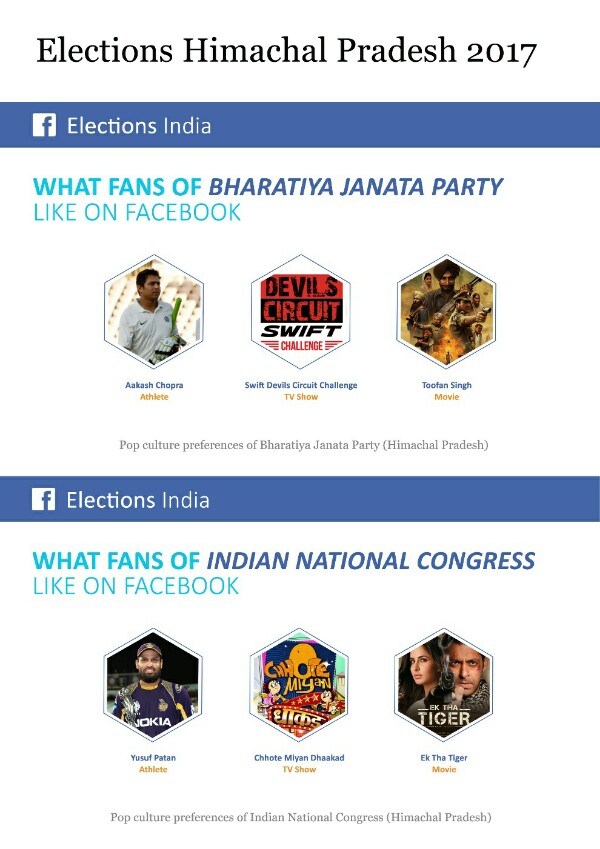 What do your political choices say about you? According to data from Facebook, most people who have liked Bharatiya Janata Party (Himachal Pradesh) on Facebook are fans of athlete Aakash Chopra, while “likers” of Indian National Congress (Himachal Pradesh) like Bollywood movie- EK Tha Tiger. Recent data from Facebook reveals pop culture preferences and compares and contrasts the movies, TV shows, and athletes “liked” by the many people in India who have also “liked” political parties on Facebook.

Airtel initiates Concierge Services for its customers in Shimla