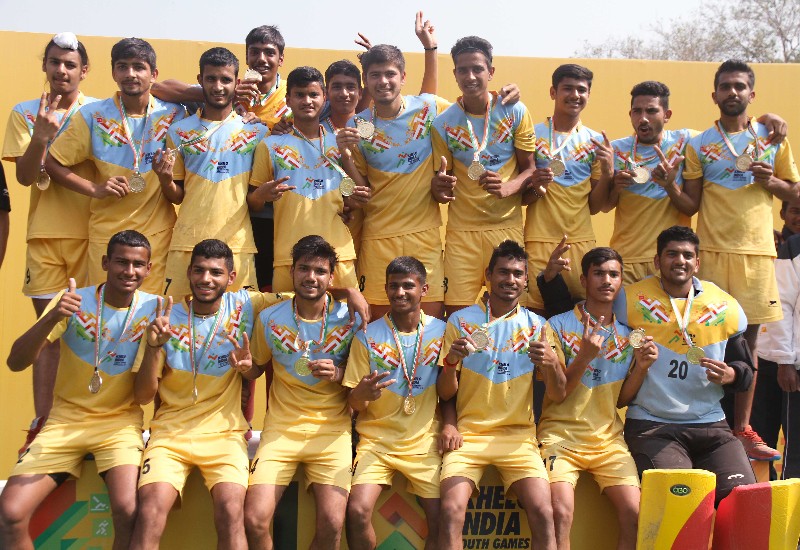 Heavily favoured Haryana were made to work for their men’s Khelo India Youth Games Under-17 hockey gold medal before running out 1-0 winners over neighbours Punjab in a clash of juggernauts at the Mahindra Hockey Stadium in Mumbai on Monday.

In an earlier classification match for the bronze medal, Odisha edged out Uttar Pradesh 3-2 on penalties after full time failed to provide a result.

The match could be divided into segments – the first two quarters were cautious and the next two saw them going all out.

Both Haryana and Punjab played cautious hockey in the first two quarters and much of the action remained confined to the mid-field with neither side wanting to take chances given the stakes.

It was an action-packed second session as the teams went for goal, unfurling some interesting hockey with frequent raids on the rival citadel time and again. It was, however, Haryana who made the most of their chances as Sahil Sharma leading by example netted the match-winner in the 40th minute.

In the day’s earlier game, a disciplined and better organized Odisha needed a penalty shootout to seal the bronze with a 3-2 verdict over UP.

In women’s Under-17 league action, Haryana swamped hosts Maharashtra 5-0 and Odisha beat Mizoram 4-2 while in the U-21 category, Haryana thrashed UP 4-2, Punjab were held to a goal-less draw by Chandigarh.