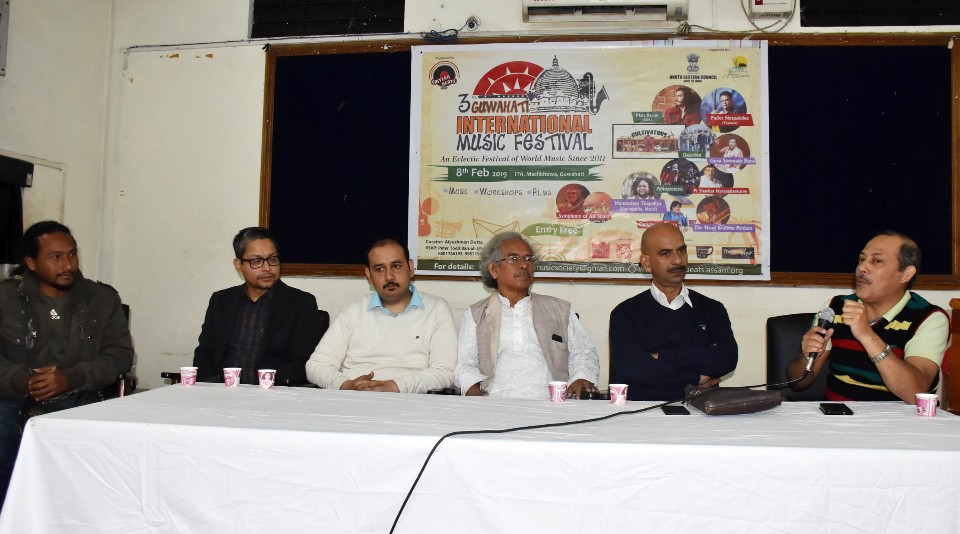 After a hiatus of five years, Northeast India’s biggest home-grown musical property, Guwahati International Music Festival, is back with its third edition on February 8 this year. The festival has paved the way for a number of platforms celebrating world music since 2011.

The 3rd edition of Guwahati International Music Festival will be held at Pragjyoti ITA Centre for Arts, Machkhowa on February 8, 2019. From classical guitar workshops to lecture-cum-demonstrations on indigenous folk music; from mesmerizing performances of musical strains from the other side of the globe to soul-captivating jugalbandis of musical maestros – the Guwahati International Music Festival has it all.

Organized by Eastern Beats Music Society in collaboration with North Eastern Council, Government of India, the 3rd Guwahati International Music Festival will witness performances by more than 150 artists from 5 countries across the globe, giving a tremendous boost to people-to-people connectivity through the Arts as envisaged in India’s Act East Policy. 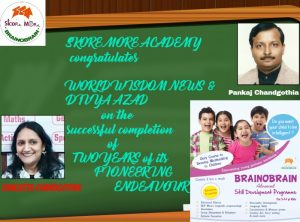 A brainchild of Northeast-based writer and cultural activist Aiyushman Dutta, the idea of Guwahati International Music Festival was mooted way back in 2010 in order to provide a platform wherein musical maestros from across the globe can share stage and collaborate with our indigenous music and cultural practitioners. In the first two editions, the festival had helped create new vistas for cultural collaborations of our topmost northeastern folk exponents with the finest of musicians from Goa, Nepal, UK, USA, Germany, China, Bangladesh, and the like.

Some of the artist in this year’s line-up include eminent classical guitarist and composer Matt Bacon from USA, Thailand-based guitar maestro Padet Netpakdee, radical Sufi and jazz musician Manmohan Thapaliyal and Jazzmandu (Nepal/ Canada), three-times Grammy nominated Naga folk fusion band Abiogenesis, amongst many others. Besides workshops on guitar and lecture-demonstrations on north-eastern folk music, the festival will also showcase a unique orchestra of 100 suitars led by Guru Hem Hazarika followed by the unveiling of his newly developed musical instrument – the Hem Veena. Socially conscious rock bands like Cultivators, Doorbin, amongst others will also perform at the event.

A singer-song writer and multi-instrumentalist, Matt Bacon is a masters-degree holder from San Francisco Conservatory of Music and has performed across the world. Padet Netpakdee is a sought-after Asian guitarist who completed his Masters in Classical guitar at the Conservatorium Maastricht (Maastricht, the Netherlands). Born in Chiang Mai, a province in the northern part of Thailand that is rich in arts and cultures, Padet began exploring music through traditional and regional musical instruments. The participation of these two renowned classical guitarists will undoubtedly amplify the horizons of western classical musicians, students and aficionados alike.

Talking about this year’s event, Eastern Beats Society Founder, Secretary and GIMF curator Aiyushman Dutta said, “The Guwahati International Music Festival is a long-felt dream which we had managed to translate into reality in the year 2011. Keeping in mind our society’s vision to improve people-to-people connectivity through Arts and the Sports, I personally feel that we had made a good start with GIMF in 2011 and 2012. Although we could not host the festival regularly due to many different constraints, we are happy to note that a number of festivals following the same ideas have come up across the entire Northeast since then. However, this festival would not have seen the light of the day without the support of our patrons like Mizi Kro, Indraneel Chowdhury, Shantanu Thakur, Bhaskar Phukan, Bhaskar Jyoti Baruah, Pranab Bora and many others.”

Eastern Beats Music Society co-founder and present President Peter Todd Baruah said, “Eastern Beats Music Society is a one-of-its-kind society that was formed to harness the healing and latent power of music and the Arts. The society has been working to use music and sports to heal lives in various nooks and crannies of Northeast India. The Karbi Anglong Beats Contest, held on October 8, 2009 in memory of the serial bomb blast victims of Guwahati, is one radical initiative of the Society in remote areas of the Northeast, besides many others.”

At present, the Eastern Beats Music Society runs a school of music in the fringes of the city where music is taught free-of-cost to youngsters and adolescents, besides conducting free football coaching camps.