Home Music Government Employee’s passion turned him into a Singer, thanks to Music Composer... 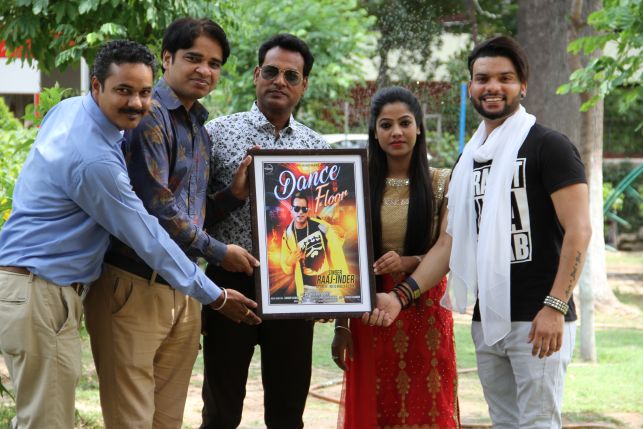 I was always fond of music since childhood. But my duties never let me change my passion into a career. When I thought the flame of my passion will disappear soon, I met Ranbir kumar who is a well known music director. He is such a great personality who helped me fulfill my passion and that’s how my first song “Dance Floor” came into existence, says Singer Raaj Inder. His first song Dance floor was launched in Chandigarh Press Club on Tuesday.

The City Beautiful based Singer Rajinder Kumar alias RAAJ INDER has been working as Supdt. At Customs and Central Excise Department. RAAJ INDER confessed that he was fond of singing since his childhood days and as time passed his fondness changed into his passion. His voice was many accolades during his educational days.

In addition to this, he also participated in many stage shows as an actor and a singer. While shouldering the responsibilities as a Government Employee with sincerity and dedication, RAAJ INDER did not let his passion for singing fade. While he thought that his passion will be restricted to his own self, he came across a well known Music Director Mr. Ranbir Kumar. After listening to RAAJ INDER’S voice, he somehow know that his voice was much more capable. He helped him to refine his voice with sincere practice.

With hard work and his love for music, RAAJ INDER finally recorded a song named “DANCE FLOOR”. The lyricist of this Song is Mr. Surjeet Singh Buraj Hamiera whereas the Music Composer is MR. RANBIR KUMAR. The video of this song is Directed by MR. KULDEEP DEEP. The song is being released under the banner of Speed Records.