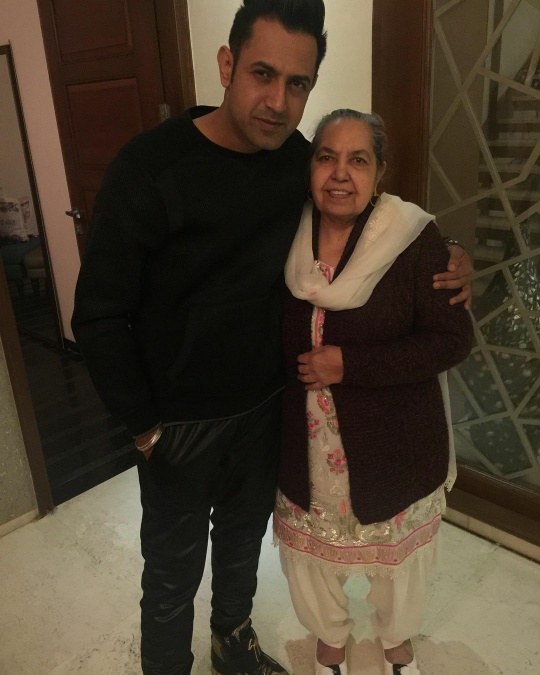 Mothers’ are the biggest creation of god, and nobody can thank them enough for the hard work and sacrifices they do for their children and family. However, time and again we try to do our best to show gratitude towards them. This time our Punjabi Superstar Gippy Grewal showed a special gesture for his mother by dedicating his upcoming film ‘Maa’ to his mother on her birthday.

The story of the film revolves around the beautiful relation between mother and son. The story of the film is written by Rana Ranbir. Baljit Singh Deo has directed this film. Gippy Grewal has produced this movie under Humble Motion Pictures.  Gippy Grewal, Gurpreet Ghuggi, Divya Dutta, Babbal Rai, Aarushi, Prince Kanwaljit will be seen playing pivotal roles. Along with them, Ashish Duggal, Nirma Rishi, Gurpreet Bhangu and Parkash Gadhu will be portraying pivotal roles.

Talking about this announcement on his mother’s birthday, Gippy Grewal said, “On this special day of the most special person in my life, I want to share the poster of my most special film ‘Maa’. I pray for the health and happiness of all the mothers around the world. Although you can never pay back your mother, yet you can make her happy with your good work and with ‘Maa’, I am trying to do the same.”

The releasing date of ‘Maa’ is yet to be revealed.