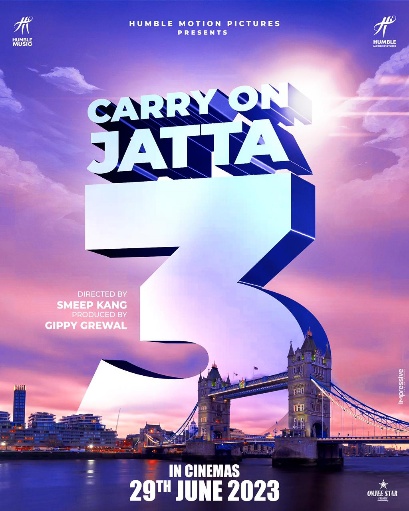 Following the outstanding success of their films, ‘Manje Bistre’, ‘Ardaas’ and ‘Ardaas Karaan’, Humble Motion Pictures will now carry forward the legacy of their biggest laughter-ride production Carry On Jatta, with, CARRY ON JATTA-3 on 29th JUNE 2023.

The producer, Gippy Grewal shared the poster of the film on the official social media platform of Humble Motion Pictures, this morning. The movie will be directed by Smeep Kang, who has always provided us with an overloaded bunch of giggling punches.

With the return of the film, it is definite that we will again get to be entertained by our favourite comedy stars Binnu Dhillon, Jaswinder Bhalla, Karamjit Anmol and Gurpreet Ghuggi. Like before, the actors are back again to give us another bunch of classic dialogues that will make the film worth the watch.

The shoot of the film has been scheduled to begin on 1st October 2022.

Expressing joy, producer Gippy Grewal, says, “I feel humbled to announce the third wave of laughter and joy with ‘Carry On Jatta-3’, this legacy has created itself a brand of comedy and happiness since its first part among the audience. I am sure that the audience will again go mad laughing with the all-new story and all-new journey of family drama”.

“Health scenario in India and Role of Affordable medicines” by CMA... 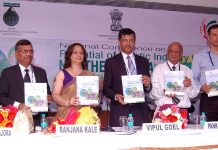 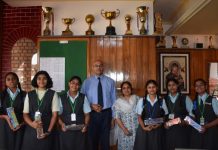 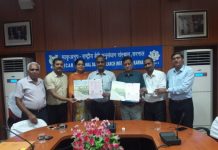 The much awaited trailer of ‘Warning’ is released on Saga Hits!

Punjabi movie Gunda will show the true faces of many characters...