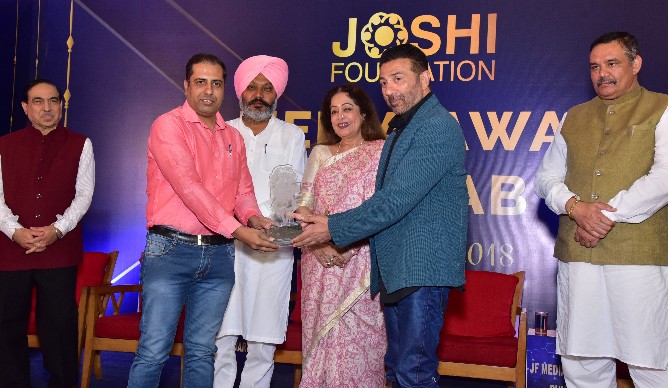 Under the first edition of Joshi Foundation Media Awards journalists with outstanding contribution in field of journalism in Punjab were conferred awards today for the year 2018.

Outstanding Reporting on raising Environmental issues award was given to Jyoti Magan Mahajan and Outstanding Reporting on Gender Sensitization issued went to Sh Mohit Malhotra. Also Outstanding Positive News award went to Sh Mohit Singla. Award for Outstanding Video Journalism was given to Sh Sandeep Kumar. Meanwhile, Smt Raakhi Jagga has been conferred with the Journalist of the Year Award.    All the other awardees had applied for the awards while journalist Sh Sanjeev Bariana and Smt Raakhi Jagga have been nominated by the jury for the awards.