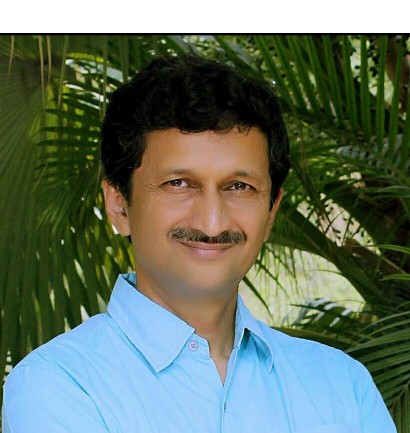 Vivek Atray, former Haryana IAS officer will be an advisor with Pumpkart, a leading start-up of the region, internationally known for its concept.

Atray is an Author, Motivational Speaker, Mentor and Independent Advisor. He retired voluntarily from the IAS and was holding the charge of Deputy Commissioner, Panchkula shortly before he sought retiredment.

KS Bhatia, CEO & Founder of Pumpkart.com, while giving the information said, “Atray
has inspired thousands of youngsters to adopt a cheerful, positive and multi-dimensional approach to their lives. It is a moment of pride to have such a senior person in our advisory board.”

Atray also worked as Advisor KPMG & PwC on a sabbatical from the Government. He organises the annual All India JP Atray Cricket Tournament. Vivek himself was an under-19 cricketer at the national level. He is a founder of the Vibrant Networking Forum, the Chandigarh Literary Society & is Co-Convenor of INTACH Chandigarh.

He is an acclaimed orator and has spoken at events of NASSCOM, CII, PHDCCI, TIE, MAIT, NCGG, LBSNAA, IIFT, ISB, Vibrant Forum and numerous Universities, Colleges, Schools and Corporate houses including INFOSYS and AXIS BANK. He has 2 TEDx talks. He is currently writing a book on Life Skills for Young Indians.

Atray as Director IT won much acclaim for his role in developing the Chandigarh IT Park. He also spearheaded the national award-winning e-SAMPARK e-Governance project. He was quoted by the New York Times during this period. He also played a role in placing Chandigarh on the Heritage Tourism map.

‘Me Time with Doraemon’ kicks off at VR Punjab