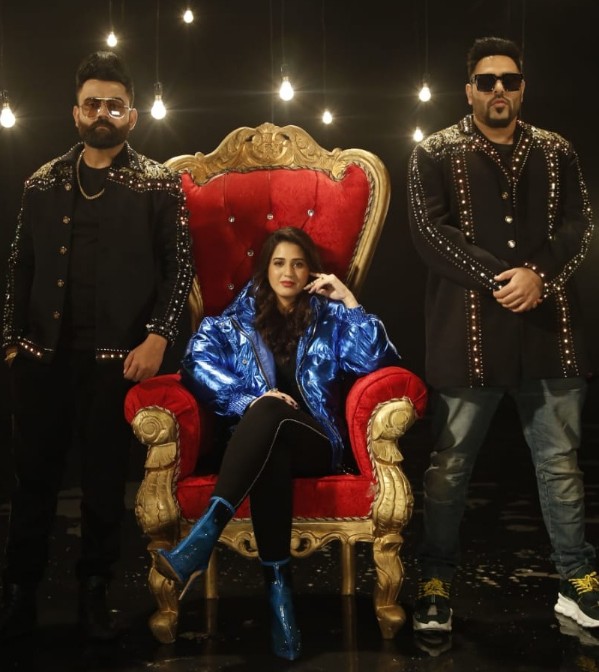 This has been an extremely profitable year for Punjabi entertainment industry. While the movie makers have tried to experiment with stories and concepts, music has also gone beyond the regional boundaries to entertain every audience. In the quest to keep the spirit of 2018 alive in 2019, filmmakers are already investing on out-of-the-box ideas. One such movie is Badshah’s production ‘Do Dooni Panj’. The film is being produced by India’s biggest rapper-singer under his APRA Films banner and it is only apt that the discography of the film is equally good as the screenplay. A proof of this is ‘Jacketan Lightan Waliyan’ that released on Friday.
The first song of the film, “Jacketan Lightan Waliyan’ is sung by Badshah and Amrit Maan. Amrit Maan has penned down the lyrics and Badshah has composed the music for the song. The song is a beat number complete with signature Badshah-style catchy rap. The song has released under Sony Music India label.
Sharing the details about the song, Badshah said, “This is like an item number in ‘Do Dooni Panj’. However, unlike the popular item numbers that are either raunchy or flamboyant, this one’s in sync with the spirit of our film. Jacketan Lightan Waliyan is an old and catchy hook line we had come across on the social media. I always wanted to use it in one of my songs. We have kept the music so upbeat and funky that you won’t be able to resist getting up and dancing. We all know how talented a singer Amrit Maan is; I am absolutely stunned by his knowledge of what really clicks with Punjabi audience. I really hope people will show the same love to this song as they have shown to my previous songs.”
Lead actor of Do Dooni Panj and singer of the song, Amrit Maan told, “Light-studded-jackets became a rage with Amitabh Bachchan’s ‘Saara Zamana’. Then this particular line ‘Jacketan Lightan Waliyan’ trended on social media platforms. It had such catchy lyrics and tunes that when Badshah Bhaji came up with the idea to use it for the film, I was instantly on-board. I felt like the megastar Bachchan Sahib while shooting for the song. This has been the most fun I have had while making a track. Now, we present this song to the listeners to have gala time on. We really hope they will like it. “
‘Do Dooni Panj’ stars Amrit Maan and Isha Rikhi in the lead roles. Rana Ranbir, Karamjit Anmol, Sardar Sohi, Nisha Bano, Nirmal Rishi, Harby Sangha, Preeto Sawhney, Rupinder Rupi, Malkeet Rauni, Tarsem Paul, Gurinder Makna, Sanju Solanki, Navdeep Kaler, Jaggi Dhuri, Sukhi Patran, Harj Nagra, Divas, Ishpreet, Manjeet Singh and Pritpal Pali will be seen playing pivotal roles. Jeeva has written the story and dialogues of the film and directed by Harry Bhatti.
‘Jacketan Lightan Waliyan’ released on the official YouTube channel of Sony Music India. ‘Do Dooni Panj’ is set to hit the theatres on 11th January 2019.

First track from Saak ‘Ve Sajna’ is treat to the listeners