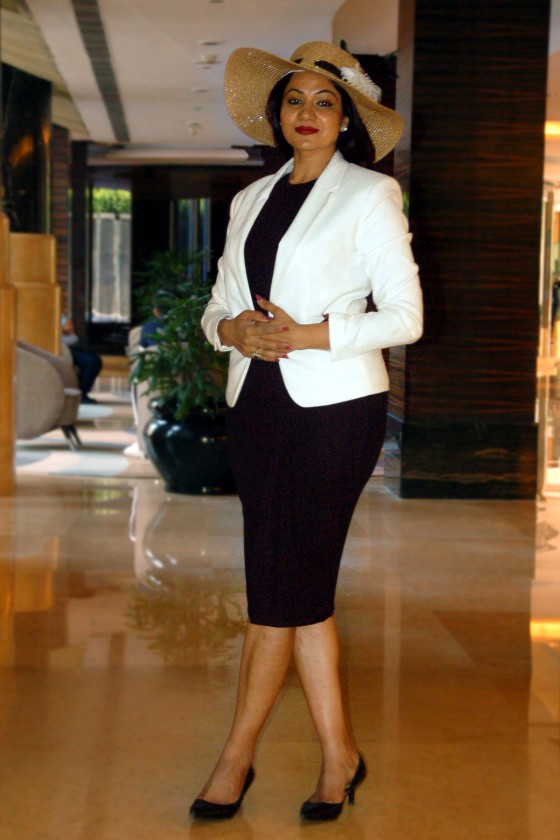 A biopic theatre presentation in English, on the Irish lady Norah Richards who is   known as the great grandmother of Punjabi Drama and Theatre – ‘Thy Work is Done, is all set to be staged at Tagore Theatre on May 3. ‘Thy Work Is Done’ is a part of the epitaph on the grave of Norah Richards (1876 – 3 March 1971). The play will be in English, thereby making the same the first such initiative. Earlier all plays on Norah were staged in Punjabi. It is noteworthy that Norah Richards was also later called the Lady Gregory of Punjab. Norah lived in India for over 60 Years (1911 – 1971) and is resting in peace at Andretta in Himachal Pradesh.

The play is being organised under the aegis of ‘The Narrators’, a young theatre organisation with a vision of staging par excellence ‘English Theatre and Drama’ in Chandigarh. Norah’s prodigious role will be enacted by Nisha Luthra , a lawyer by education and an artist by passion. Nisha and Sahib Singh , who is playing the role of I C Nanda, who is also known as father of Punjabi drama, interacted with a select media group, to share details of the upcoming prestigious production.

Nisha Luthra who has founded ‘The Narrators’ said, “The play starts with an Irish Researcher who comes to interview Norah. Here he stumbles on an unusual friendship of a local Indian tourist visiting Andretta who also is, later, fascinated by Norah’s life.  The play is weaved in narration by the two characters through a fusion of Indian-Irish humour & sensibility while carefully carrying the audience through important years of Norah’s life and achievements.”

“The Play runs through various periods and showcases Norah’s firm belief in the importance of theatre in the local languages. She also wrote a number of plays and other books that sent out several social messages on reforms that were imperative for the society to transform itself.” Said Sahib Singh.

Norah’s contributions deservedly earned for her an Honorary Doctorate by the Punjabi University, Patiala

“I strongly believe that a specialised English drama and theatre organisation is the need of the hour in the Tricity. We have ambitious plans to translate our great Indian plays in English and take them internationally for the local nationals of those countries as they don’t get a chance to see them if  not staged in English. I wish to take this English play a long way. We plan to have the next stop as Delhi and then we would like to showcase it in Mumbai in this year, at an extremely prestigious theatre.” Nisha further said.

“The final vision of the Norah Richards play would be for it to be seen at the Abbey Theatre in Dublin, where Norah herself worked with Lady Gregory in person.” Adds Nisha.

It is pertinent to mention that the Second Secretary of the Irish Embassy – Mr. Mairtin Cronin (Culture) will be attending the play as the Guest of Honour. The Embassy of Ireland and Education Ireland are both supporting this play. It is a matter of honour for them that an Irish unsung woman got so much respect in India and that till date her estate is maintained by the Punjabi University, Patiala.

Dr. Atamjit, a two time National award winner, a sahitya academy award winner & a legend of Punjab in playwright, has written the play and is also directing it. Atamjit Singh with this ‘Norah Richards’ play, is debuting in English Playwright.

The support cast and crew is an extremely talented group which has played out the various characters in Norah’s life tenure of 60 years spent in India. The support cast from actors, dancers, choreographers, assistant directors & crew is all from the tricity. The team has been handpicked and chosen by Dr.Atamjit himself. A few names of the support cast acting in the play are Sahib Singh ( I.C. Nanda), Gautam (Shanti Swaroop Bhatnagar) and Vaibhav (Jai Dyal).

The Western music has been rendered by renowned music composer Atul Sharma along with Sharang Sharma. The sets and lighting design is in the trusted hands of Ashok Sagar Bhagat, a nationally acclaimed designer and the choreography is by Pankaj Thakur.

So mark your diary:

Staging of play ‘Thy Work is Done’ on Norah Richards

My vision is to present French instrumental music through Punjabi culture:... 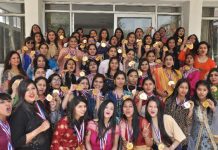 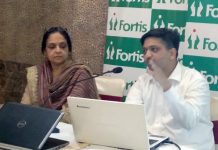 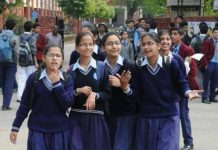 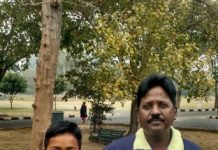