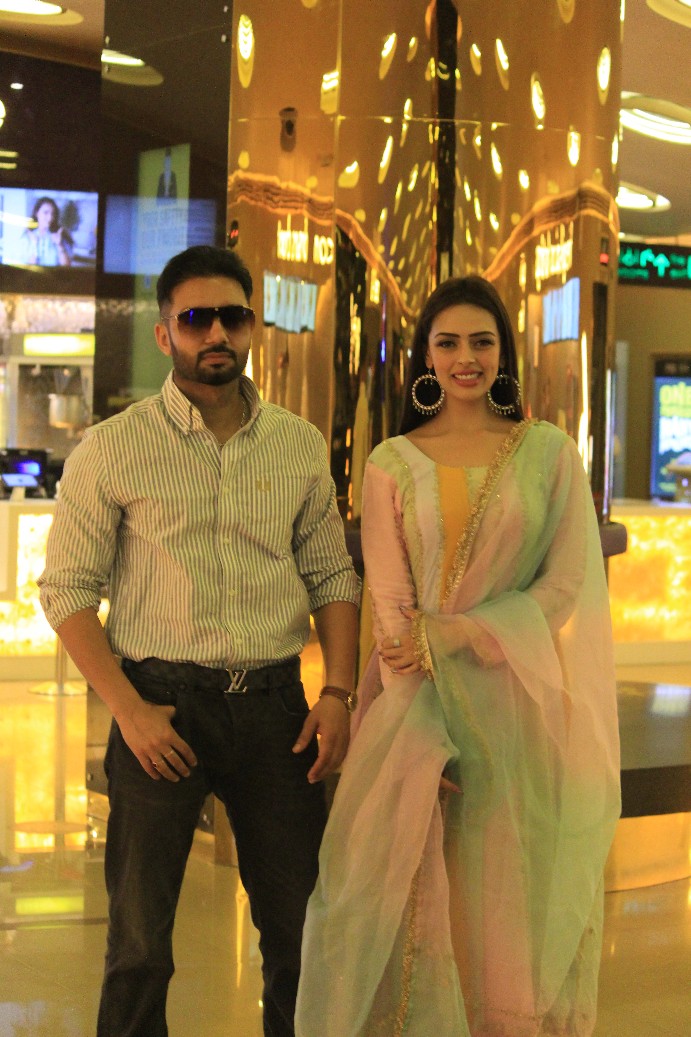 Finally after a long wait of over an year, the action packed trailer of much awaited Punjabi film, “Marjaney”, was unveiled today at PVR Cinemas, Elante Mall , Chandigarh. Indeed the trailer looks extremely promising with intense drama to be witnessed and has high hopes of touching the box office. The film is slated to release on 10th,  December, 2021.

The  intense movie trailer revolves around  Gagandeep Singh played by, Sippy Gill, where he along side his friends falls into the dreadful trap of  Drug dealers and  Police officials as he gets engulfed into a dangerous web resulting in bleak chances for him to return their homes.To get escape from this tough situation, they somehow manage to contact a bureaucrat turned politician Jai Singh Maan who also manipulates them for his own selfish intrests.  Trailer also shows the pivotal role of the family during hard times.   The film revolves around a famous tagline ” Jo Revolver Di Naali Cho Goli Wangu Gharon Nikle , Te fer Vapis nahi Mude”. The trailer of the film is undoubtedly packed with pure emotions, intense  drama unfolding, absolute love and most importantly sheding light upon some of the hard hitting truths of life.

The movie is directed by Amardeep Singh Gill and produced by Vivek Ohri , Sarbpal Singh and Amritpal Singh. The film, stars Sippy Gill in the lead role along with Prreit Kamal and other talented actors , Ashish Duggal , Kul Sidhu, Preet Bhullar,   Sonpreet Jawandha, Harinder Bhullar, Satwinder Kaur, Tarsem Paul, Balwinder Dhaliwal. It has been shot at various prime locations of Bhatinda, Chandigarh, Suratgarh, including the queen of Hills – Shimla.

The music in the trailer is appealing and has been packaged with high quality music. The songs strive to introduce diversity of thoughts and emotions.  The Music is given By Yellow Music and  worldwide theatrical distribution is taken care  by PTC Globe Moviez under Mr. Vivek Ohri, Dhiraj Anand and Lakush.
Sharing his experience and excitement , Actor- Singer, Sippy Gill , “We have worked really hard in  shooting and recording the movie and finally after a long wait it is releasing.The movie is one of its kind as it has a very different notion and exhibits   some brutal truths about life . I am hoping that my fans will like my movie,  give a thumbs up, and garner me with the same love and support that they have bestowed upon me in the past.  Lastly, I would like to thank the entire cast and crew of the movie for being supportive and cooperative from the very beginning and till the last day.”

Sharing his views, Director, Amardeep Singh , said, “All the members of the movie, right from spot boy to lead actors, everyone has put the heart and soul into movie. The movie is a mixture of action and thriller  and I am sure audience will resonate with our efforts and attempt to tell the story .  Sharing Views , Producer Vivek Ohri , The movie has very a different storyline , with a different character. The movie is based upon  real life truths  and gives one a strong message.

Jordan Sandhu and Payal Rajput will be seen in Punjabi Film,...