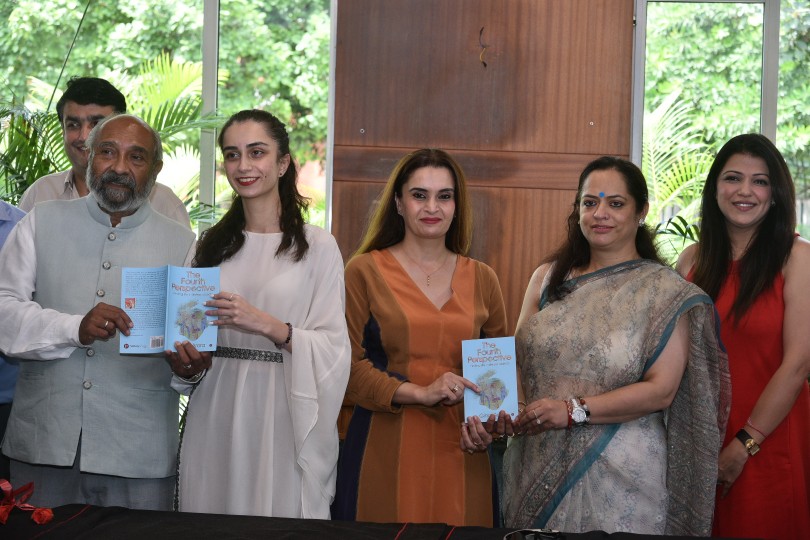 Young prodigy Gina Arora pens down a thought-provoking tale of finding life in lifeless objects while using a fourth perspective!

In a first-of-its-kind intriguing read on philosophy and the power of perspective, eighteen-year-old Gina Arora has released her debut book titled as ‘The Fourth Perspective – Finding Life in lifeless objects’. The book was released at the Chandigarh Golf Club here today by eminent educationist and visionary Dr. Sumer Bahadur Singh.

While speaking on the occasion he appreciated Gina’s writing skills adding that she had written in an easy-to-understand language. He said her book was a result of depth in her thought process and encouraged her to continue writing.

While elaborating her ideology behind writing this masterpiece, Gina shares, “I have never really been able to fully comprehend binaries. I mean, I understand them, I understand the contrast between right and wrong, good and bad, positive and negative, truth and lies or pros and cons and I know what they objectively mean, and which is which. But I feel like our attempts to bifurcate every single action, reaction, sentence, emotion, thought or idea into either this or that is so futile.”

Through the hidden virtues of the silent in animate objects that we see around ourselves almost every day, there is an undying sense of solace or a sweet solution waiting to be tapped into in each of them, and that’s exactly what defines the fourth perspective. The culmination of the fourth perspective ultimately lies in the and you never know when they can serve as your saviours in disguise!