Chandigarh
12 April 2017
DIVYA AZAD
Bhavan Vidyalaya, Chandigarh hosted a film festival- ‘Open Futures, Film it India’ on 11th April in the School Auditorium. ‘Film it’ is an INTACH endeavour aimed at spreading awareness among the people, especially young people, about India’s natural, built and cultural heritage – its natural environment, historical buildings, living traditions and artistic beauty. It designs different types of training programmes with the aim to make children aware of their role in the conservation and preservation of their natural, cultural and living heritage.
The project was initiated in Chandigarh in 2013 and has been providing an enriching experience to the students. Mr. V.K. Kapoor, Convenor, Chandigarh Chapter, welcomed the distinguished guests and participating schools. The Chief Guest of the event was Ms. Sumita Misra, Secretary, Tourism, Hospitality and Transport, Haryana, who is a keen art and heritage enthusiast. She was welcomed by Ms.  Vineeta Arora, Sr. Principal, Bhavan Vidyalaya, Chandigarh.
The other distinguished guests present on the occasion were Mr. Vivek Atray and Ms. Deepika Gandhi, Director Le Corbusier Centre, Chandigarh.
The festival witnessed the participation of several prominent and distinguished schools from the tricity such as Strawberry Fields, St. Stephens, Saupins and Vatsal Chaya etc. The students were asked to prepare short films related to our rich culture and heritage and were adjudged on the basis of relevance, presentation and technique. Each participating school was given an award and a certificate.
Bhavan Vidyalaya Chandigarh bagged two prestigious awards i.e. The Best Documentary Film Award for ‘Sweet yet Healthy: Guide to make Nuts and Sweet Lauj’, a film made by Samarth Rastogi of class IX A. Akshat Gupta and Aaditya Gupta were awarded with Best Film with a Message for ‘Follow Cleanliness to spread Godliness’.

Protect yourself with IGNYTE rain suits in Monsoon 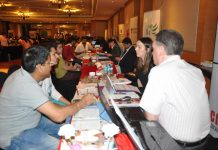 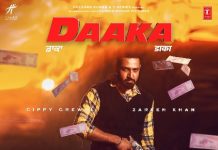 ‘Daaka’ will definitely start a new era of thrillers in Punjabi... 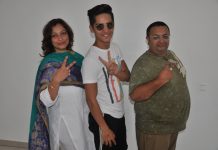 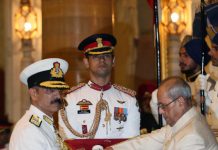