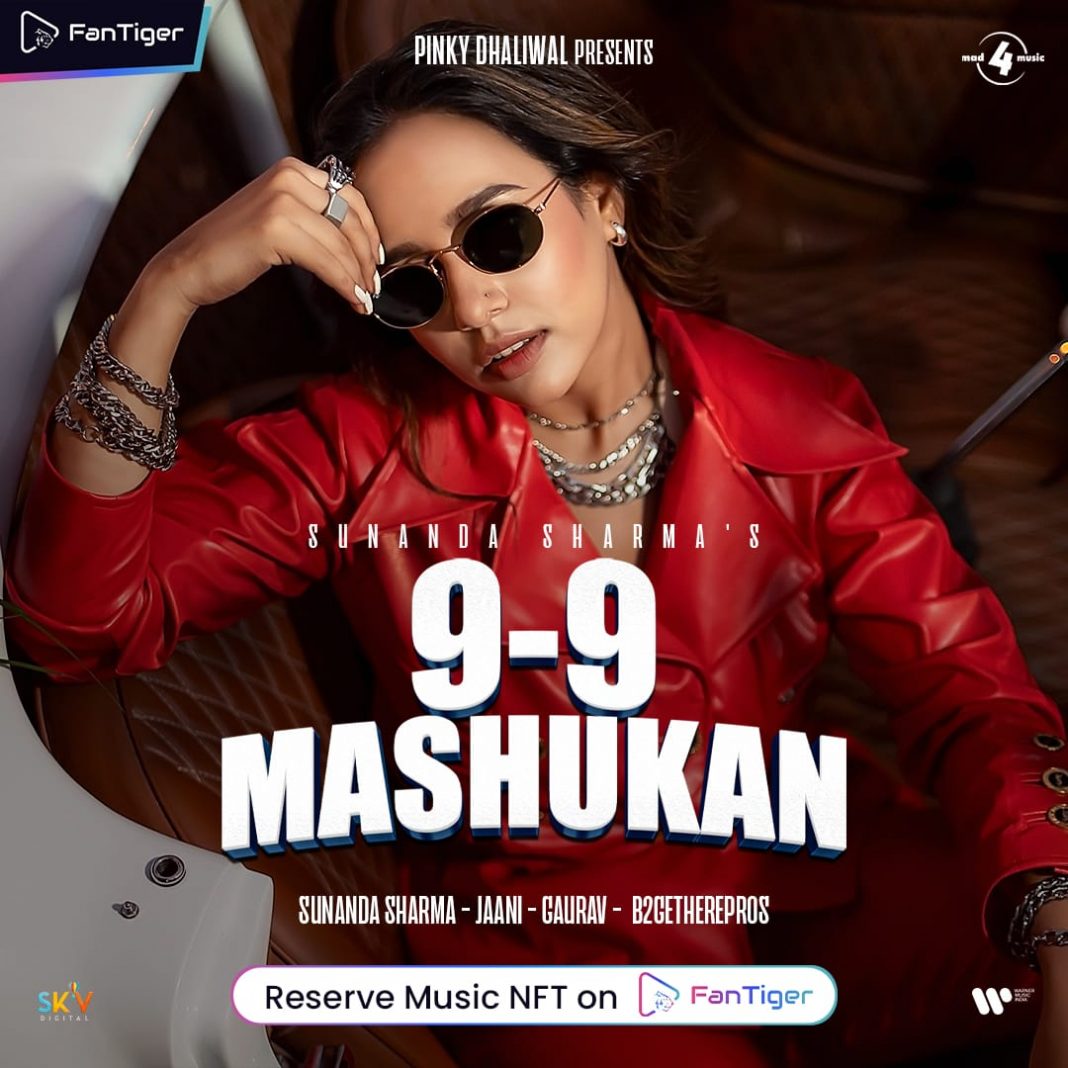 A song is the culmination of hard work of singers, lyricists and musicians. FanTiger’s vision is to grow the music value chain using the power of the Fan community. The marketplace already has interest from over 150,000 enthusiasts who are eagerly awaiting the launch of the first music NFT on the platform.

Effective immediately, Sunanda has opened the waitlist for her new song, 9-9 Mashuka, for Fans to reserve their spot on FanTiger.com to invest in her music NFT, which will allow them to purchase partial ownership of the song, royalty income, exclusive community access, limited edition signed merchandise, and an opportunity to personally interact with Sunanda Sharma. Every music NFT purchased through FanTiger is secure on a  blockchain,  thus making it safe to own and free from any plagiarism.

During the launch of the world’s first Punjabi Music NFT, Prashan Agarwal, CEO and Co-Founder, FanTiger said, “We welcome Sunanda to the FanTiger family with her first-ever music NFT. She is leading the way to step into the world of bringing music closer to Fans everywhere and living up to her title of ‘Boss Lady’ given by her fans. NFTs have the power to  strengthen engagement and deepen relationships between Sunanda and her fans worldwide.”

“The time for Indian music to take its rightful place in the Metaverse has come and we at FanTiger are working to make this a reality for all artists in India to use the power of their communities to create outsized outcomes for the entire music fraternity. Over the last few months, we have seen over 150,000 music lovers who have shown interest in our upcoming NFTs. This is a significant milestone in the growth of the music and entertainment industry. FanTiger will continue to engage and innovate in the music NFT space for artists, music lovers, Fans and collectors,” he added.

On launching her first Music NFT, Sunanda Sharma said, “NFTs are a revolutionary technology that has the potential to create a powerful impact on the Indian music industry. I have always been fascinated with the concept of NFTs, and now being able to sell my own is like a dream come true. FanTiger has been instrumental in bringing this industry to India and creating more opportunities for artists big and small. I invite my fans and music lovers to be part of this revolutionary journey at FanTiger and support my Music NFT. I look forward to leveraging NFTs to interact in new ways with my fans soon.”

The announcement comes shortly after FanTiger’s recent $5.5 million seed round led by Multicoin Capital. The company plans to use the funds raised to grow its team across Product, Tech, extend industry partnerships and onboard more well-known and aspiring Indian Artists.

FanTiger’s vision is to onboard 10 million fans into the community and spread education and awareness around digital collectibles. It will also roll out initiatives aimed at supercharging the careers of over 100,000 artists using NFTs.

TAZZ BRINGS A BREATH OF FRESH MUSIC TO THE PUNJABI MUSIC...