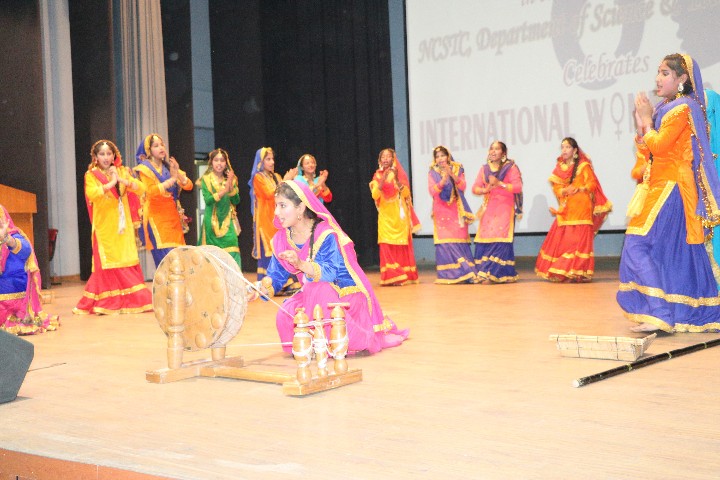 “It has been more than 35 years now  since the International Women’s Day has been celebrated all over the world. Gender equality is one slogan, which is raised at almost every public forum and yet, every morning the newspapers are full of stories of rape and sexual assault of women as old as 70 and as young as six months”, said Dr Rajesh Gill while addressing the participants on the occasion of International Women’s Day at Pushpa Gujral Science City, Kapurthala. Dr Gill further said, “There is the other side too, brighter and more optimistic, wherein girls have entered every field, including defense services, police, judiciary, engineering, aeronautics, medicine, banking, etc. etc. In fact, the top positions in various Universities and Colleges are being bagged by girls. Young girls in states like Haryana and Punjab have shown their worth in Sports at the international level in the past few years”.

Speaking on the occasion about the status of women in our society, Dr Rajesh Grover said “Even today where ignorance of medical knowledge prevails, it is the woman who is still incriminated and blamed for repeatedly giving birth to a female child and various genetic disorders in a child.Empowering women is very necessary for bringing gender equality. Those societies flourish well where women are respected and equally treated”

Dr Grover also informed that Science City in collaboration with NCSTC, DST, GoI has taken up a project on empowering Women through Genetic Literacy. The project aims at sensitizing people that woman is neither responsible for the sex of the child nor for the genetic disorders in a child and  relevance of undergoing screening tests during pregnancy. It will  create awareness at various levels to deal with the problem and would also go a long way in women empowerment by building their self esteem.

On this occasion caption contest organized. Approximately, 300 girls and women from different colleges participated and Giddha was performed during the closing ceremony. Science City also provided free visit to its women participants to mark this event