Chandigarh, Employee Union 108 Punjab today expressed their resentment over the company engaged for the emergency ambulance 108 services in Punjab for their ill treatment towards the employees which includes drivers and Emergency Medical Treatment (EMTs).

While addressing a press conference today at Chandigarh Press Club, Union President Daljeet Singh and Chairman Vikramjeet Singh said the inception of this emergency service by State Govt in the year 2011, a total of 242 ambulances were rolled out on the roads engaging nearly 1100 drivers and EMTs. Ziqitza Healthcare was assigned for its operation across the state under the aegis of National Health Rural Mission. Union leaders alleged that scandalous company has laid injustices towards the employees which include unjust termination, under paid wages and inappropriate service conditions which led to utter satisfaction.

Union leaders alleged that employees are made to work for more than 12 hours which is more than their prescribed limits. There is no overtime and increment over the years which led to miseries in their lives. Currently a driver draw Rs 8500 and an EMT manages Rs 9200 as monthly salary despite taking the massive risks and ensuring safe landing for patients during these emergency services.

“Company is already blacklisted in Rajasthan whereas the working of the Ziqitza Healthcare is under scanner. State Govt should take an alarm out of those findings to avoid the dire consequences.” warn Daljit Singh

Present on the occasion, Rohit Makkar, President and Jagdeep Rana, Convener, United Human Rights while revealing the findings said that State Govt had an allocation of Rs 1.42 lakh per ambulance to upkeep per ambulance whereas the employees who are keeping this mission on a successful note are completely ignored. “They risk their lives while steering the patients to safer hands but are concern about their own future which is not safe because of job security and ill treated working conditions. Unfortunately, they are strengthening the Govt’s health mission but all lack medical insurance” said Rana.

Grieved employees are continuously demanding from state govt either ministry should absorb the entire of employees or take the service operations in their own hands. Union alleged that they have compliant against the company to state govt and vigilance department towards their maltreatment but all went in vain. Union leaders demand to nullify the tender or to ensure the minimum wage terms to each employee. Union warns if their demands are not met, they will strengthen their agitation and start strike against this injustice to which state government and company will be held responsible. 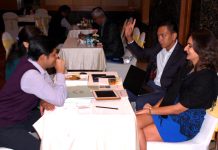 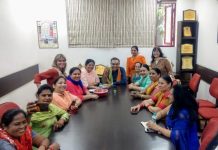 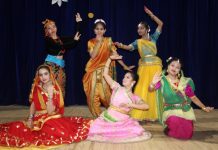 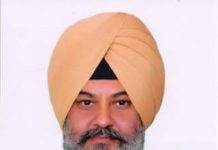 FOURTH PILLAR OF DEMOCRACY, MEDIA WILL ALWAYS CONTINUE TO BE THE...